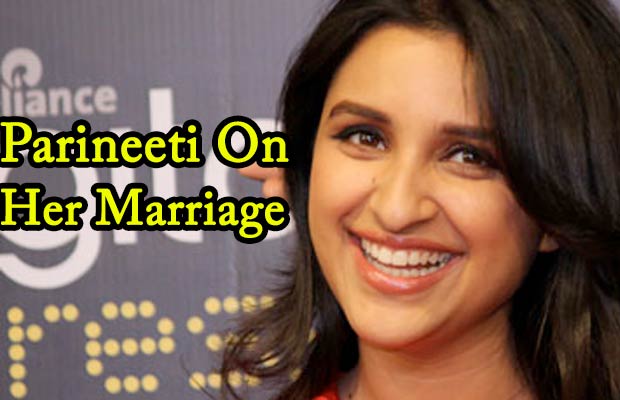 [tps_footer]Parineeti Chopra was last seen in ‘Kill Dil’ with her co-stars Ranveer Singh and Ali Zafar. Currently she has signed a Yash Raj Film named ‘Meri Pyaari Bindu’ with her co-star Ayshmann Khurrana which will be Akshay Roy’s debut as a director.

Actress Parineeti Chopra is returning to her acting after a really long time and we are sure that her fans missed her a lot.

But there is a buzz about her personal life more than her professional life.

The ‘Kill Dil’ actress was dating director Maneesh Sharma for four years. They have separated but seem to be on a very good term with each other.

Well, there is always a rumor about both of them getting back together but nothing is confirmed yet. But Parineeti Chopra has confirmed one thing very clearly that she is not getting married anytime soon.

While the actress was shooting for her upcoming film, she was asked by a local Bengali if she wants to get married anytime soon. She couldn’t understand the language but Ayushmann Khurrana came to her rescue and explained her what the Bengali asked as he was learning Bengali language for the upcoming film and the actress clearly said no.

So we clearly know that she is not planning to get married yet. And both the stars seem to have fun on the sets of film and are getting to know each other.

The shooting for the movie has just started in Kolkata and we already cannot wait for it to release![/tps_footer]