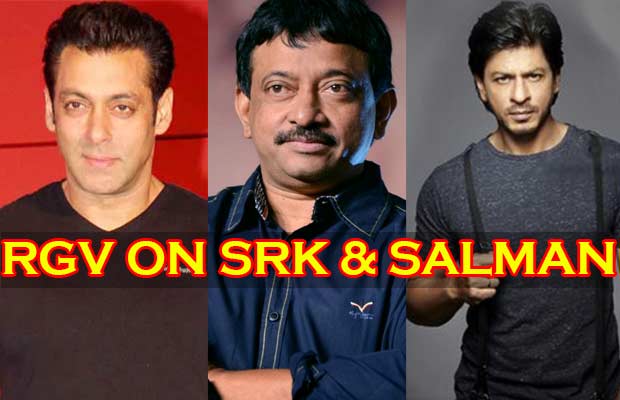 [tps_footer]Ram Gopal Verma has always been rather outspoken about his views and made news for the wrong reasons at times. Not one to sugar-coat what he felt, this man has always shocked the Bollywood elite. This time his target seems to be on the Khans. He recently tweeted, “Megastar SRK becoming ordinary fan, dwarf etc is as big a same blunder as what Kamal Haasan did to lose his stardom to Rajnikanth (Salman Khan)”. He is of the opinion that Salman Khan has surpassed SRK with his popularity. Verma further went on to say that since stardom is about collections at the box office, the star with maximum collections from last 3 movies was the true star.

If you’re wondering why RGV’s tweet delved into comparing SRK to Kamal Haasan, don’t worry – there is an explanation for the same.

“Films work on two levels. I don’t subscribe to the fact that it is the story that makes the film work. It is the emotion. Emotion can be created by a star. Just the sight of a SRK or Rajinikanth can give you a high. And all the film needs to do is not to bore you. It doesn’t need to tell you a story also. I think especially for superstars it is very dangerous to take up a story or different kind of a concept unless he is consciously making the decision. That is where I drew the comparison to Leonardo Di Caprio. Caprio is a superstar but the fact that he wants to push himself into very different kind of cinema is a conscious decision that he has taken. That’s up to him what he wants to do. But here somebody wants to become a superstar. He wants every film to collect 300 or 400 crores. Then you can’t afford to be like that,” the director had to say.

Well, we just have to wait and see if either of the Khans have anything to say to Verma.[/tps_footer]