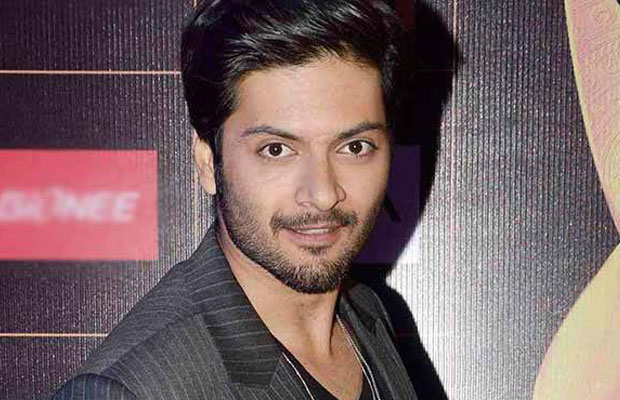 [tps_footer]It would be surprising if an actor says that he/ she isn’t a fan of Kishore Kumar, Mohd Rafi, R. D Burman! Everyone who has an affinity for Bollywood somewhere has a rooted connect with classical songs from the 70s and 80s.

Ali Fazal is no exception and the actor has grown up listening to the melodies of such legendary musicians.

It’s a dream for any actor to be a part of a Project that has a name like Kishore Kumar attached to it.

Recently Ali was approached for a music video which is an adaptation of Kishore Kumar’s classic hit “Pyaar Manga hai Tumse.

Ali was obliged when he was approached for this video, as he grew up listing to Kishore Kumar songs.

The song would feature Zarine Khan and Ali Fazal and they’re shooting the video in Georgia currently.

When contacted Ali, he said, “Well it’s a classic song, Kishore da sang it for College girl I believe. It’s being reprised now by the best in the business , Bhushan Kumar. And I was asked if I could step into it. I did, No questions asked. Not much can go wrong once you’ve got the song right, I’m shooting it now in Georgia. We chose a surreal location. It’s a love song. Centered around the couple you will see very soon. Exciting indeed“[/tps_footer]