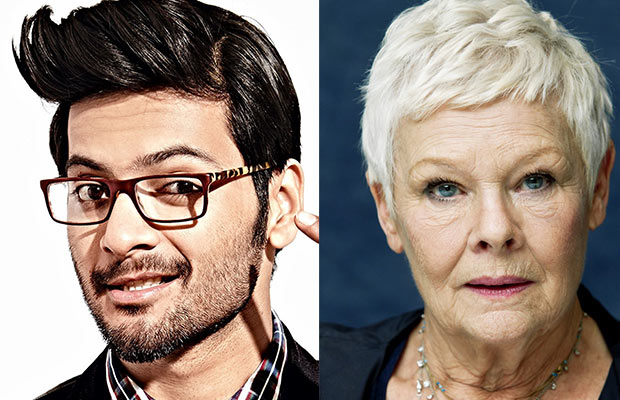 Actor Ali Fazal as we all know is still shooting the last few scenes for his Hollywood venture Victoria and Abdul alongside Judi Dench.

The actor was last spotted in Agra and the entire cast was shooting near the beautiful monument and the wonder of the world, Taj Mahal.

We recently read that actor has built a special bond with his co-star Judi Dench, which was quiet evident from the several pictures we saw of the two from the sets of the film in London.

We also read that while shooting in London Ali Fazal use to teach Judi Urdu not just on camera but off camera too.

Judi Dench has also been very fond of India and Indian culture having already shot a previous film in the country in Rajasthan.

While she was meant to join the India schedule her commitment to her other projects held her back to stay in London itself.

However, Judi had expressed her desire to see Taj Mahal and Ali Fazal made it possible by live streaming their shoot sequence of Taj Mahal from India to Judi in London.

It was a sweet moment where Judi is missing India and Ali Fazal is showing her one of the most beautiful monument which is also one of the wonders of the world.