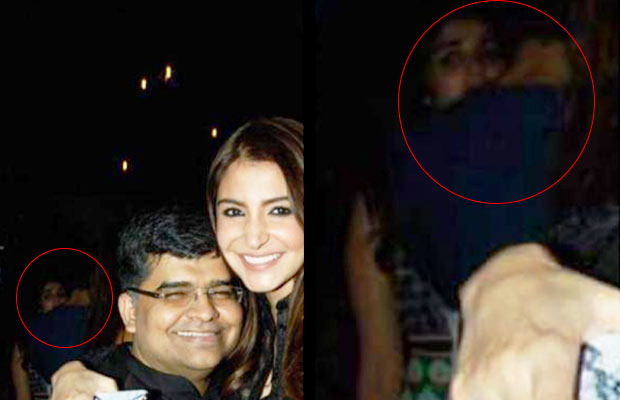 [tps_footer]Alia Bhatt and Sidharth Malhotra have always denied their relationship in front of the paparazzi. The two amazing stars who are climbing the success ladder with back to back hits are still in the headlines for their relationship. Since their debut film ‘Student Of The Year’, Sid and Alia are gaining attention for their close rapport.

Sidharth Malhotra who is quite reserved as compared to Alia has always hinted at the fact that he is single. Moreover, the actor refutes all the rumors which talk about him being committed to Alia. In spite of all these clarifications, Sid and Alia are clicked together many times.

Be it their gym exits or hangouts, the two good looking stars never shy away from being clicked by the shutterbugs. Well, after the dilemma filled clarifications one more update is now on the surface about their relationship.

Alia Bhatt and Sidharth Malhotra were clicked at Jitesh Pillai’s birthday. The photograph sees Anushka Sharma posing with the birthday lad. The highlight is that behind Anushka you can spot Sidharth and Alia hugging each other adorably.

Well, this picture has now cleared many doubts! We wonder what Sidharth and Alia have to say on this picture.

On the work front, Alia Bhatt is eagerly looking forward to the film ‘Dear Zindagi’. The movie is directed by Gauri Shinde and also stars Shah Rukh Khan. The starlet is also gearing up for ‘Badrinath Ki Dulhania’.

Coming to Sidharth Malhotra, the actor is impressing everyone with the trailer of his upcoming film ‘Baar Baar Dekho’. The film stars Katrina Kaif opposite Sid.[/tps_footer]