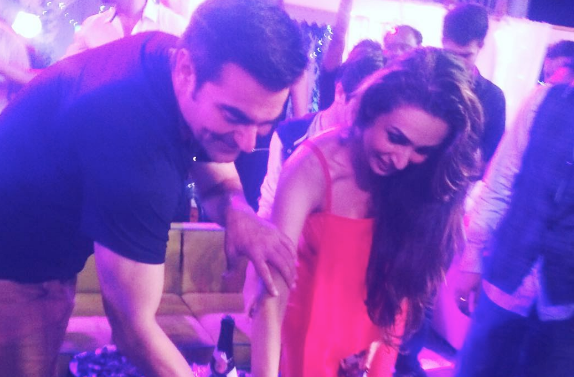 [tps_footer]Malaika Arora Khan and Arbaaz Khan are gaining all the attention for allegedly parting ways. The two celebs who are known for being with each other through thick and thin are witnessing some grave problems in their marital life. Malaika and Arbaaz have not stated anything about the floating rumors of their divorce.

The two stars are mum as always and prefer to keep their personal life away from the media. Reports were rife with the fact that Arbaaz Khan and Malaika Arora Khan are living separately. The actress was also rumored for being close to someone else.

Seems like, things are now positive between the two. Malaika Arora Khan gave a break to all the rumors about her divorce when she was spotted with Arbaaz’s family at the Eid celebrations. The starlet also clicked amazing pictures with Arpita and Alvira.

Malaika posted an adorable birthday message for Arbaaz which startled everyone. The beautiful diva took to the photo sharing app Instagram and posted a picture wherein she and Arbaaz are cutting the birthday cake. Malaika captioned the picture saying, “Happy bday Arbaaz…happiness always.” 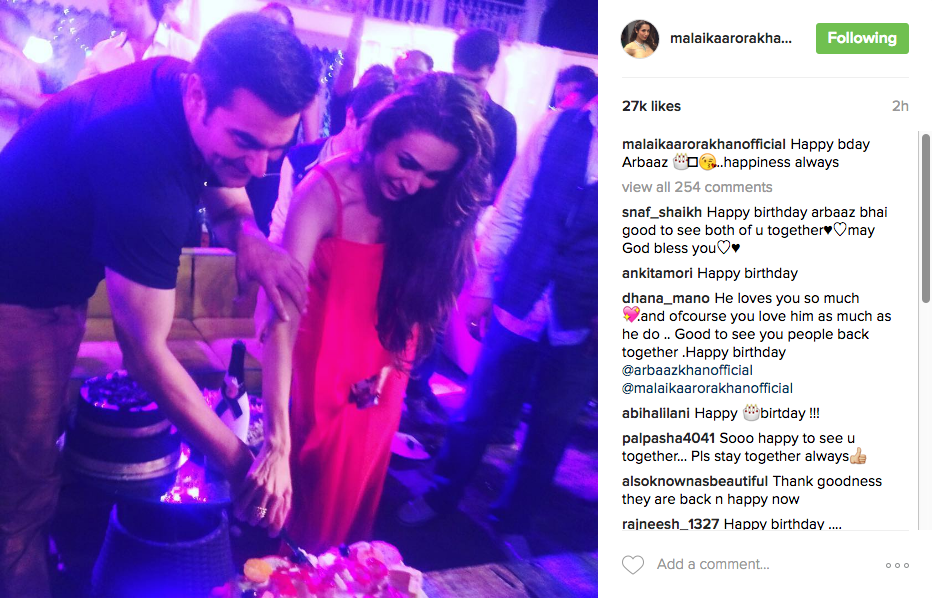 Seem like; things are now okay between Malaika and Arbaaz.

The two stars had issued a joint statement earlier when reports about their divorce were all over the place. The stars stated, “The truth is, we have taken a break, but that doesn’t mean people can presume, assume and speculate things of such malicious nature. We are taking out time to figure out our lives… Yes, it’s true that we are separated, but where our lives go and what transpires between us, it is for us to decide. Wherever it goes from here, we will talk about it when we are ready to.”[/tps_footer]