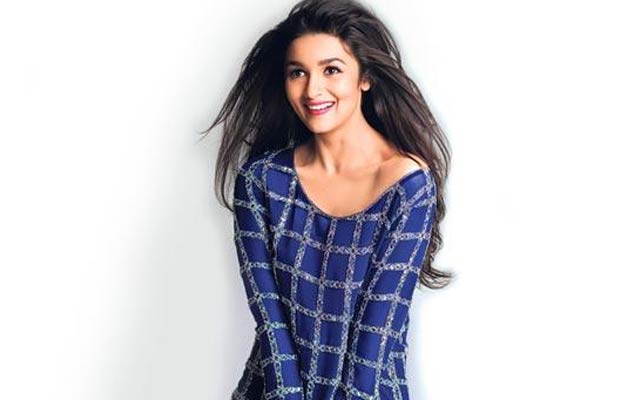 [tps_footer]Young actress Alia Bhatt has already proved her versatility. The beautiful looking actress has been on a hit giving spree since her debut. Starting from the film ‘Student Of The Year’, Alia has given innumerable credible performances already. The girl is on cloud nine yet again with the success of her film ‘Kapoor & Sons Since 1921′.

The film ‘Kapoor & Sons’ has yet again termed Alia as a promising actress. Seems like, after playing a girl next door in almost every movie, the Bhatt girl is keen on doing some serious genres too. It is much speculated that Alia Bhatt is eager on doing a biopic on Pakistani singer Nazia Hassan. The actress, when asked about the same, confessed that she has tried many characters but has still not portrayed any character which resembles a real person.

Biopics are surely the flavor of this year. The year 2016 has seen ‘Neerja’ starring Sonam Kapoor and also the film ‘Airlift’ which was loosely based on a true event. Well, actress Priyanka Chopra also crafted a name for herself with the biopic ‘Mary Kom’.

Alia Bhatt who is still experimenting with various genres nevertheless is all eager to star in a biopic. Actress Sonam Kapoor created a huge amount of fan following with her performance in the film ‘Neerja’ and Alia also seems to be following her footsteps.

We all know Alia’s love for singing and you never know the actress might actually get to play something like this in near future!

Currently, the Highway actress is cherishing the good collections of her film ‘Kapoor & Sons Since 1921′. The actress will soon be seen in Gauri Shinde’s next with Shah Rukh Khan.[/tps_footer]