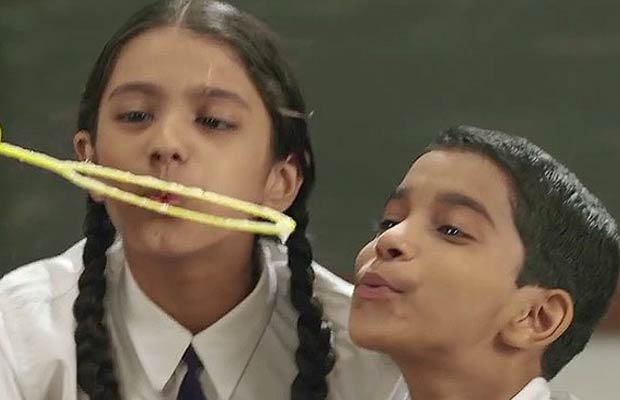 [tps_footer]‘Love Shots’ is impressing everyone lately with its short films based on everyday scenarios. The short movies by this young team are not just feel good ones, but they also take you back in time to the feeling of love and emotions. After the two successful short movies namely ‘The Road Trip’ and ‘Koi Dekh Lega’, the Y-Films is here again with the film called ‘Textbook’.

Almost all of us have had our school sweethearts. Many of us also remember having crushes in school. The short film ‘Textbook’ is an innocence filled glimpse of two school going children. The movie depicts the good old days of the school wherein the meaning of love was not even known. ‘Textbook’ initiates with a class full of children in a school backdrop and then concentrates on two adorable children.

Taking you back in the time of your recess and school bells, ‘Textbook’ highlights the fact that love can be depicted in numerous ways. The story further sees how sweetly the school boy named Kamal takes the punishment to save his friend Pratibha from the same.

With a believable scenario, this short film surely makes you smile! ‘Love Shots’ by Y-Films is a series which offers a new love story every week. The upcoming short movie in the series will be titled ‘Scandal Point’.