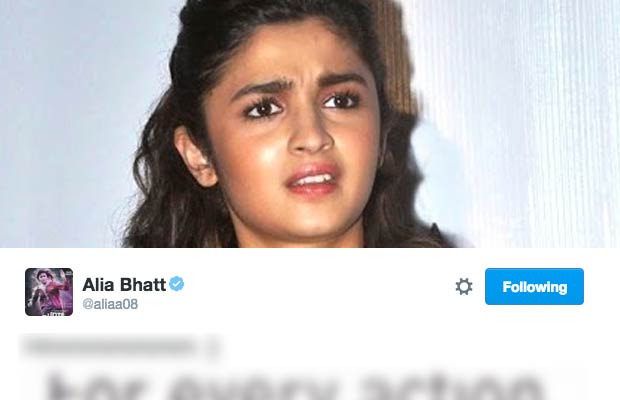 [tps_footer]Alia Bhatt will soon be seen in the film ‘Udta Punjab’. The trailer of the sensitive film has just made its way to the masses and is already creating positive rounds. Well, receiving open letters with harsh confessions has become a norm now. Many celebrities have encountered the same and even Alia Bhatt recently received one.

The open letter was directed to Alia for her stereotypical take on her Bihari character. The entity who wrote the letter to Alia also stated that the actress was hard to pass off as a Bihari migrant. The letter further described how her clothes and look were nowhere close to that of a Bihari migrant.

Well, young actress Alia Bhatt who is cute yet confident has now given a befitting reply to the criticism. The 2 States actress who claimed that she has taken strenuous efforts for her role in ‘Udta Punjab’ is evidently not so cool about the criticism. The actress indirectly replied to her haters by posting a caption on the micro-blogging site Twitter.

The mind blowing starlet posted a picture captioning it, “Hmmmmmmm :).” 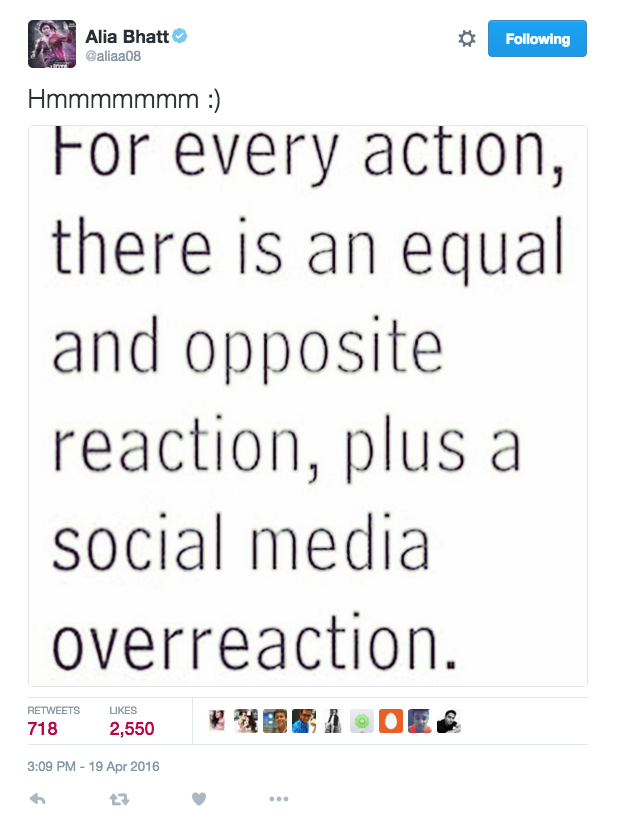 Well, we assume that Alia wants to convey that no matter what you do there will always be criticisms! On the work front, the amazing actress who is nailing her versatility to the core with her upcoming character in ‘Udta Punjab’ is also busy with Gauri Shinde’s next directorial.

The film ‘Udta Punjab’ is directed by Abhishek Chaubey and stars actors Shahid Kapoor, Alia Bhatt, Diljit Dosanjh and Kareena Kapoor Khan. The movie is based on the subject of drug abuse in Punjab. The much-awaited film is already riding high on the minds of the audience. ‘Udta Punjab’ will hit the screens on June 17th, 2016.[/tps_footer]