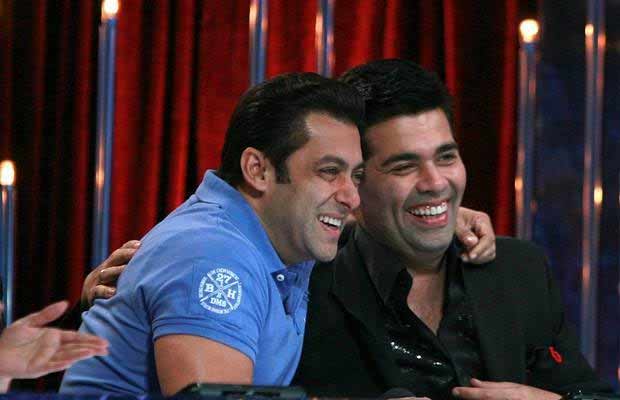 [tps_footer]After much of speculations on Karan Johar‘s dream project Shuddhi being shelved, the latest update on the film will surely give you a chance to rejoice again. It is known to all that before Varun Dhawan, none other than Bollywood actor Salman Khan had signed the film but due to his work commitments the actor had to move out.

According to reports, Karan Johar‘s ambitious venture Shuddhi is back on track and also Salman has walked in again for the film. With what we hear, Salman is back on board and Ronnie Screwvala will co-produce “Shuddhi” with Karan Johar. However, there is no confirmation if Karan Malhotra will continue to direct the film or no.

Well, if reports are to be believed, then it would be a big collaboration of Salman and KJo after almost 18 years. The duo worked together last in “Kuch Kuch Hota Hai,” which also starred Kajol and Shah Rukh Khan.

Well, coming back to Shuddhi woes, the film was initially offered to Hrithik Roshan and Kareena Kapoor Khan. After their rejection, Ranveer Singh, and Deepika Padukone stepped into their shoes, but due to their work commitments and shooting schedules for Bajirao Mastani, the two rejected the offer.

Later Salman Khan was locked in as the lead actor of the film, but even Salman had to move out due to his prior commitments. Eventually, Varun and Alia got in but the film didn’t go on floors.

After film being much in the news for all the wrong reasons and with so many tragic turns, it remains to be seen whether Karan Malhotra holds back to Shuddhi or not.[/tps_footer]