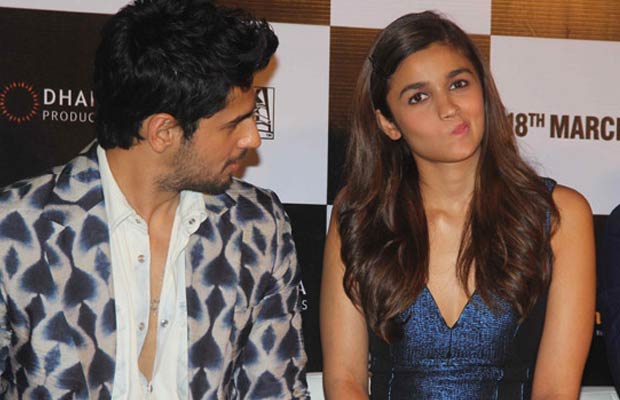 [tps_footer]2016 has been a year full of pleasant and unpleasant news. We witnessed many break ups right from Ranbir Kapoor-Katrina Kaif to Richa Chadda-Franck Gastambide, even nasty divorce cases like Karisma Kapoor and Sunjay Kapur and heartbreaking suicide news of Pratyusha Banerjee and many more artists from B-Town and South entertainment industry. But, we also got some good news like Salman Khan’s sister Arpita Sharma and hubby Aayush Sharma welcoming their first child, Ahil Sharma. This year, finally, Urmila Matondkar and Preity Zinta got married to their soulmates.

And, the biggest breaking news was given by Priyanka Chopra because this time, the news is not about her work in the West but her tweet in which she was wishing Bipasha Basu and Karan Singh Grover a happy married life as they are set to get married in April. But, there is one more couple madly in love and they are making a steady progress in their relationship but slowly.

Can you guess that couple? We have seen them in Kapoor And Sons, they started their acting career together in Student Of The Year. Yes, it’s Alia Bhatt and Sidharth Malhotra. Recently, it’s reported that Alia Bhatt has a new admirer to her list and it’s none other than Sidharth Malhotra’s mother, who is full of praises for Alia as a person and as an actress who has potentials to give terrific performances.

During, the promotions of Kapoor And Sons, Alia revealed her feelings for Sid and said she loves him a lot and he is a ‘close friend.’ Both, Alia Bhatt and Sidharth‘s mother have met each other only twice at the screening of Hasee Toh Phasee and while shooting for Student Of The Year. Alia made a long lasting impact for sure. Sidharth has even revealed that Alia has been to his house in Delhi as well and they share a very strong bond with each other.

Now, we all know that stars say they will tell us about their weddings but it’s always a surprise and they never give a direct yes or no and leave us guessing with their hints. So, can we expect Alia Bhatt and Sidharth Malhotra to be the next B-Town couple ready for marriage or.. wait.. should we say they are ready to make their relationship ‘official’ as gf bf ? Because forget about marriage, these two never accepted till today that they are dating and are in a relationship. Why stars don’t be sure about their relationship status ? Or they just want us to be curious ?[/tps_footer]