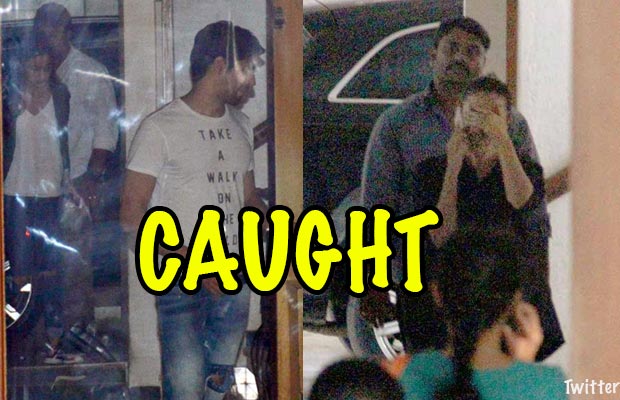 [tps_footer]It is speculated that Bollywood’s two actors Sidharth Malhotra and Alia Bhatt who made their debut with Karan Johar’s Student Of The Year, are secretly dating each other. Both the actors have time and again denied about their secret relationship, but equally have given hint to the onlookers.

From going on a movie date, to visiting at each other’s place, both Sidharth and Alia have been hinting on their relationship. Recently, Alia Bhatt was spotted making her way at Sidharth Malhotra’s residence and unfortunately shutterbugs caught it.

According to the reports, it was said that Alia started to  “play peekaboo” when shutterbugs captured her. Though she had no film releasing, the Highway actress managed to keep herself in headlines. When asked about the same at an interview, Alia cleared on that instance.

She said, “I didn’t play peekaboo at all (laughs). I know that just because I can’t see the cameras doesn’t mean that they can’t see me. I was on a phone call, and had just shut my eyes, as I was discussing very stressful information. The photographers are always around. Wherever I go, they start clicking incessantly. I am always like, “At least give me a heads-up, as many times, I look so disheveled. What will people think?” (smiles).

Slow claps for Alia Bhatt! The Shaandaar actress is successful in giving another great reason to the media on her secret relationship with Sidharth Malhotra.

On the work front, both the actors will be seen together in their upcoming film Kapoor & Sons. Produced by Karan Johar under Dharma Productions banner, ‘Kapoor & Sons’ is directed by Shakun Batra. The movie is said to be a love triangle between Sidharth, Alia and the newbie of Bollywood Fawad Khan.