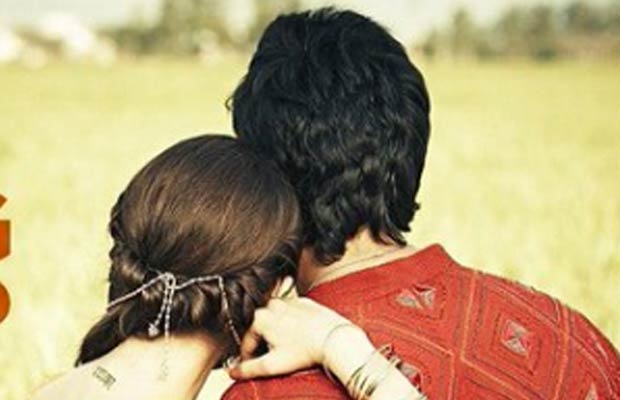 Recently, Varun and Alia were spotted outside Karan Johar’s office and their frequent visit led to speculations that the two stars were there for their film ‘Shuddhi.’ But, it seems, that’s not the case. Going by their recent tweets, it seems the trio has reunited for the sequel to the 2014 hit film Humpty Sharma Ki Dulhania.

Varun Dhawan teased his fans with a still from Humpty Sharma Ki Dulhania and captioned as, “I hear the 1st ever love franchise is in the air!” 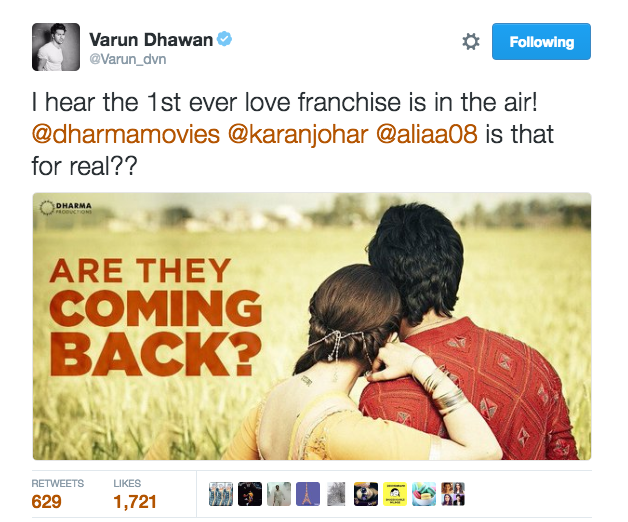 Alia, who played ladylove of Varun Dhawan in the film, also shared the same still and wrote, “The “dulhania” is on the move!! Is this true though?? @dharmamovies @karanjohar @varun_dvn” 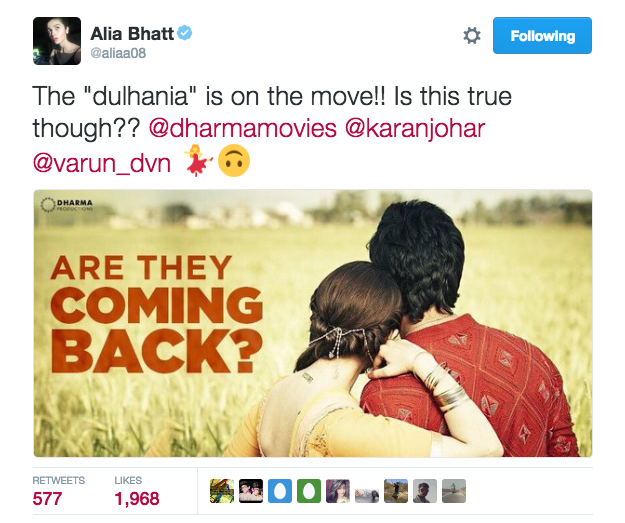 These tweets by the two stars gave lots of hints to the fans but equally left them confused with many questions. To get all the answers to their questions, fans have to wait for a day more as Karan Johar has decided to reveal the suspense tomorrow.

Going by their tweets and if reports are to be believed in any way, fans will witness their favourite Jodi once again on silver screen for Badrinath Ki Dulhania, a sequel to Johar‘s Humpty Sharma Ki Dulhania. Until that, we need to wait for the confirmation on the same by Karan Johar.[/tps_footer]