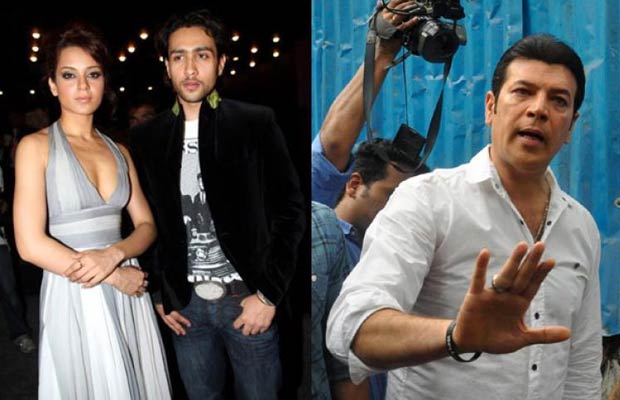 Soon, media went mad on how Aditya wants to bash up Adhyayan Suman post his interview on Kangana. Well, reportedly the reality is something else, as Aditya makes it clear saying his comments on Adhyayan Suman were misinterpreted. According to reports, Adhyayan was shocked to hear about Aditya’s comment but Aditya didn’t stay quiet and clarified to Adhyayan Suman next day, saying that those comments were not meant for him.

Aditya Pancholi, who was once dating Kangana Ranaut, confirmed that those comments were for the journalist who was flashing camera lights on him and not for Adhyayan. Reportedly, Aditya’s wife Zarina Wahab and daughter Sana are also upset on him being dragged into the controversy.  A furious Zarina is said to have asked the actor, “Who asked you to roll down your windows down and talk?”

Recalling on what Adhyayan Suman said about Aditya Pancholi in an all-tell interview over Kangana-Hrithik controversy. The ‘Raaz 2′ young actor, mentioned that once Aditya had warned him about Kangana but he couldn’t understand his words at that time. Suman said, “Aditya stopped me, looked into my eyes and said, ‘Welcome to the circus, my friend. All the best!’”[/tps_footer]