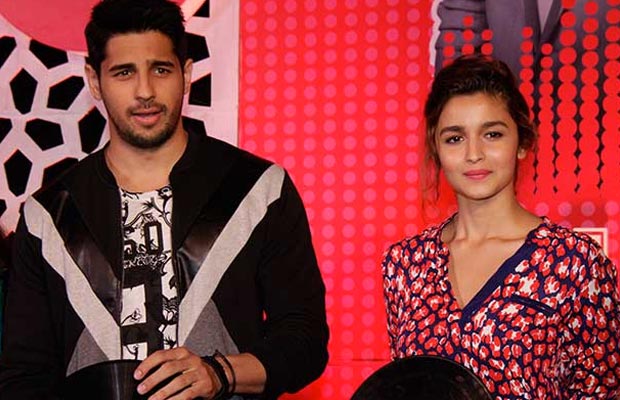 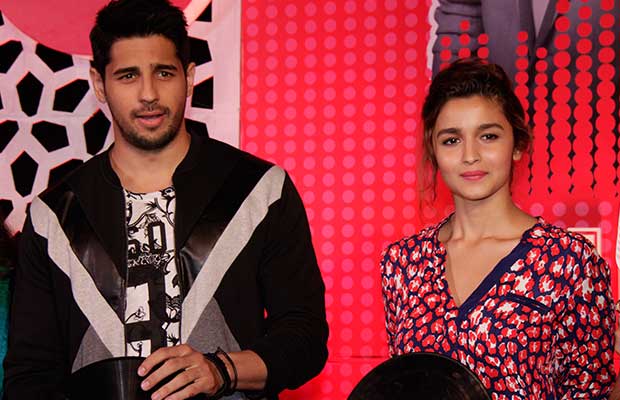 [tps_footer]The most awaited Sidharth Malhotra, Fawad Khan and Alia Bhatt starrer ‘Kapoor & Sons’ official trailer is finally out now. The stars were seen all excited and happy with the trailer response that they have been receiving on social media.

While the trailer of the film is being talked on social media, the stars were seen interacting with the media at the trailer launch event earlier today. As Valentine’s Day is nearing, Alia Bhatt was asked about her plans for the romantic day.

To which she replied saying that, “I would be in Goa on Valentine’s while shooting for Gauri Shinde’s film. So I will go for a date with her.”

Well, as alleged couple Sidharth Malhotra and Alia were on the same stage, the same question went on to Sidharth Malhotra also. The handsome hunk was nowhere behind to follow Alia Bhatt’s technique by saying that he would be shooting too. Sidharth replied, “Would be spending Valentine’s with Baar Baar Dekho cast sadly.”

Well, where the two will be sending Valentine’s Day only time will tell better as nothing stays hidden under a watchful eye of paparazzi. Agree?

Meanwhile, the two stars have launched the first trailer of their upcoming film Kapoor & Sons. Directed by Shakun Batra and produced by Karan Johar, the film is a story about two brothers who fall in love with a same girl. The film has Siddharth Malhotra and Fawad Khan playing brothers with Rishi Kapoor playing their grandfather. Sidharth-Alia-Fawad’s film looks refreshingly and in different look. The film is scheduled to release in theaters on March 18.[/tps_footer]