The Chief Minister of Tamil Nadu, Jayalalithaa, passed away last night after being in a critical stage since a couple of days. She was 68.

Just after the Apollo hospitals declared the CM’s departure from life, the entire nation went in a state of shock. Many eminent celebrities and personalities have expressed grief and condolences to the leading lady on Twitter.

The biggest Bollywood star, Amitabh Bachchan, expressed his sorrow by posting “Deeply grieved at the passing of Jayalalithaa Ji.. A strong woman..”

Following him, another bigger star, Shah Rukh Khan, posted a message after knowing that the Chief Minister had passed away. Shah Rukh shared his grief by quoting “Sad to hear of the passing of Jayalalithaa Ji.. May her soul rest in peace..”

Many other celebrities shared their condolences on her demise.

Superstar Rajinikanth tweeted, “ Not just Tamil Nadu, but the entire nation is saddened by Jayalalithaa‘s death. May our honorable Chief Minister’s soul rest in peace.”

Every star has expressed grief and paid homage to the esteemed Chief Minister of Tamil Nadu, Jayalalithaa.

Jayalalitha passed away on December, 5 at the Apollo hospital, Chennai. The news came out when Apollo declared her death by expressing the grief on 11:30 pm.

The entire nation has been in a state of shock and will always remember her for her true leadership skills. 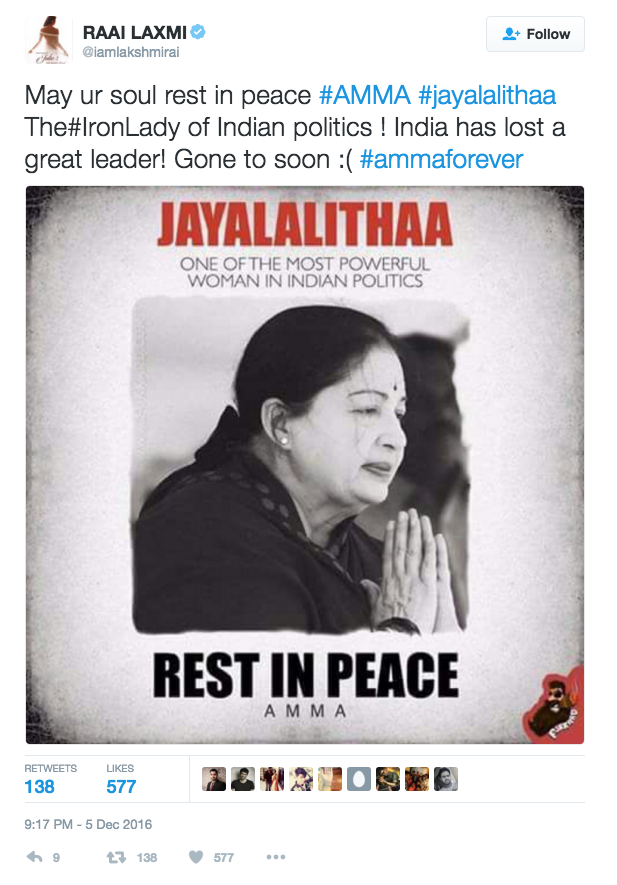 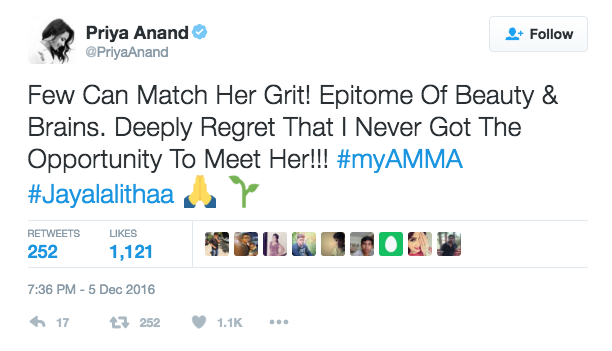 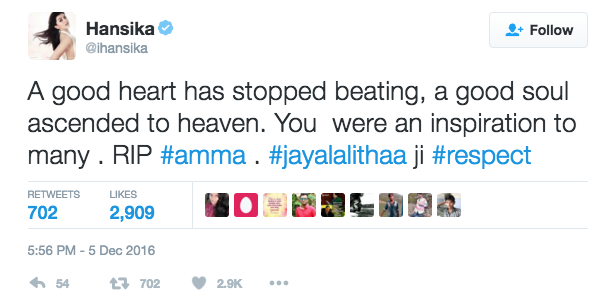 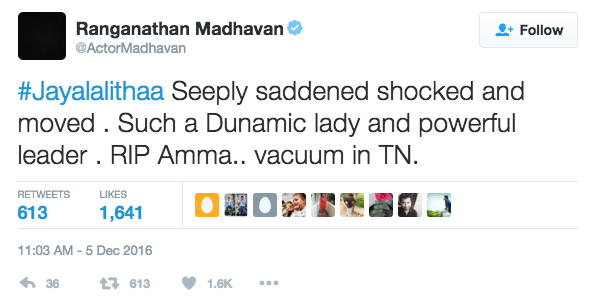