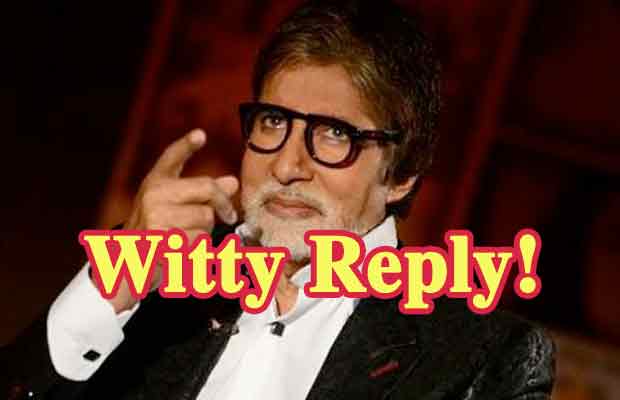 [tps_footer]Amitabh Bachchan will soon be seen in the curiosity filled film ‘Te3n’. The film also stars brilliant actors Vidya Balan and Nawazuddin Siddiqui.  The trailer of the film was launched yesterday and the masses are already waiting with bated breath for this marvelous film. The launch event of the trailer was as interesting as the glimpse. Big B who is known for his sharp observations and answers was in a fun mode at the launch event.

Amar Singh’s comment on the Panama Papers is already in the headlines. The politician was heard sharing how Big B had warned him not to accept Jaya Bachchan in his political field but he did not pay heed to his advice. Amitabh when asked about the statement, replied saying that Amar Singh is his friend and he can comment as he wants.

Well, after this controversial question, Amitabh Bachchan was asked how he manages to grab central roles in films even at this age. The superstar stated that cinema has evolved drastically over the years and interesting characters are being written for all genres and characters.

The mind-blowing senior actor added that if age was a factor then Bill Murray and Meryl Streep would not be the reigning stars today. The leading lady of the film ‘Te3n’ Vidya Balan jumped up in the conversation and said, “You should be happy that he is doing such films. I can write roles for him, like everyday.“

Concluding the ongoing talk Amitabh Bachchan replied wittily to the journalist saying, “Do you have a problem that I have been getting such roles?”

‘Te3n’ is directed by Ribhu Dasgupta. The movie is expected to be full of twists and turns. The much-awaited film will hit the screens on June 10th, 2016.[/tps_footer]