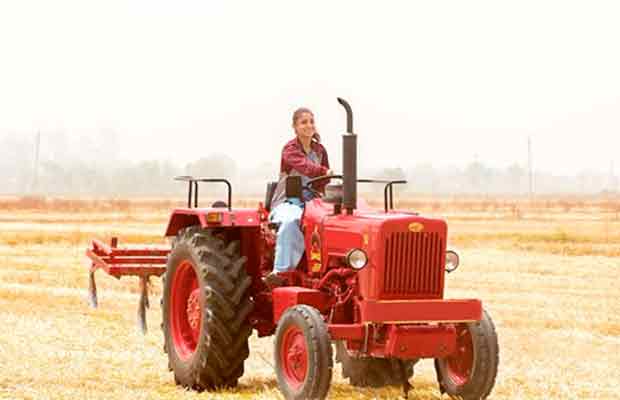 [tps_footer]Bollywood actress Anushka Sharma left everyone surprised with her intense role in Salman Khan starrer Sultan.  Recently, the makers of the film had released the second teaser of the film, featuring Anushka Sharma. The actress was seen into her wrestling mode and we all know, she is leaving no stone unturned to play her part to perfection.

Well, the makers of the film have released another still from the film featuring Anushka Sharma. The actress is seen driving a tractor in the farms and we are totally impressed with her typical desi avatar. The official handle of Sultan shared the picture with a caption, “You’ve seen Anushka Sharma wrestle, now see her drive a tractor. #Sultan.” 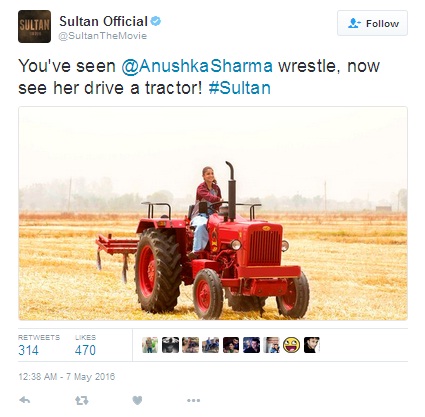 The makers of the film are currently shooting in Haryana with Sultan stars Salman Khan and Anushka. Going by the new still from the film, we can hardly wait to see Anushka in rough and tough look as wrestle and also, in a typical desi Haryanvi avatar.

Sultan is being directed by Ali Abbas Zafar, which stars Salman Khan and Anushka in lead roles. The film is based on a Haryanvi wrestler named ‘Sultan Ali Khan’, played by Salman in the film. Sultan will release this year on Eid.[/tps_footer]