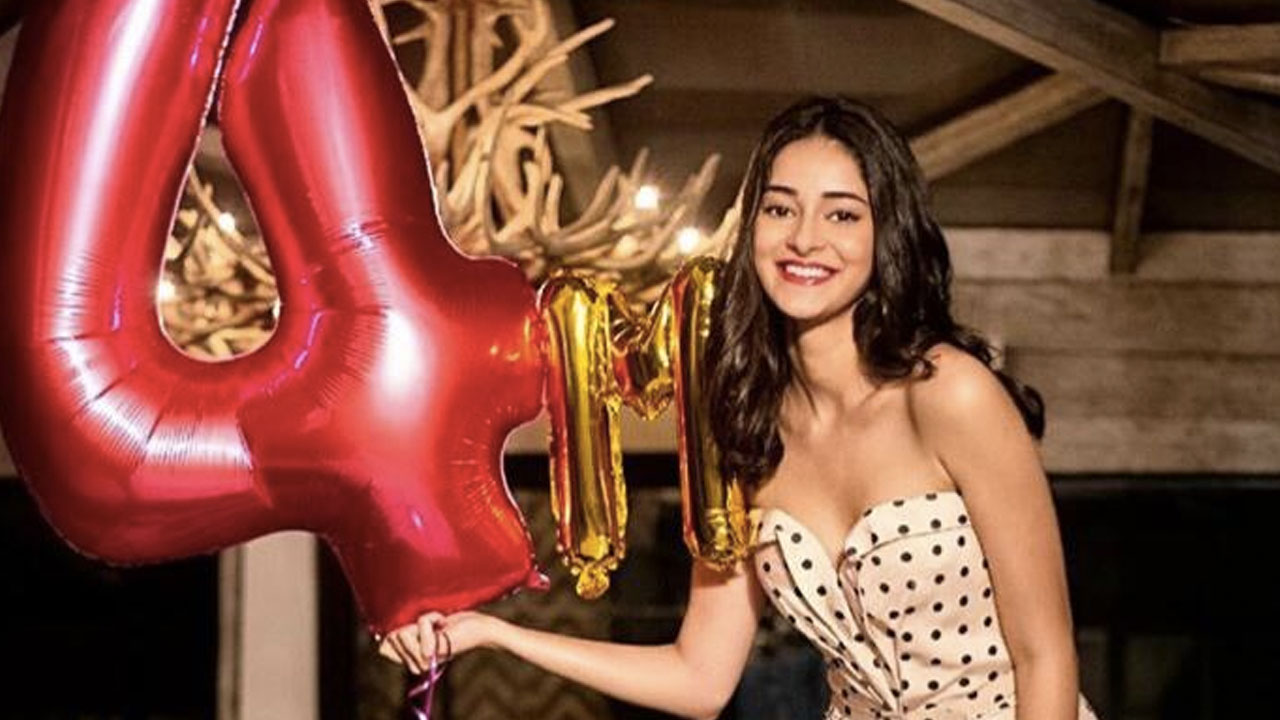 The stunning student of the year Ananya Panday, who has also emerged as the youth icon of the year has also become one of the most followed actresses on Instagram as she recently crossed a milestone following of 4 Million on Instagram. The actress who debuted with ‘Student of the year 2’ had been enjoying a massive fan following even before her entry into the bollywood, and after her debut, the following has witnessed a massive growth. The debutante also has made a trend impact on her followers after she launched her initiative ‘So Positive’ which stands against social media bullying.

The actress recently, shared a post on her instagram account celebrating her 4 Million family and captioned it as , “enjoy” the little things in life. thank you for all the love. #4MillionLove” and right after her post went up, her comment section was overflowing with congratulating messages showering her with wishes and love, all indicative of her raging popularity amongst the audience.

Ananya Panday’s following has seen a steady rise since she became a substantial figure in voicing out her stance against online bullying. Her initiative So Positive intends at creating a safe platform for the people who have faced online harassment and been victims of faceless bullying which has gained major appreciation nationwide. Ever since her visit to Isabella Thoburn in Lucknow, where students thronged the hall in great numbers to hear her speak, various colleges across the country have been approaching the actress to come and speak to their students regarding the persisting problem as a major part of the youth goes through digital bullying.

It’s also interesting to note that Ananya’s following has been the highest amongst her contemporaries, taking in account all the debutantes of the year, and why not! The actress has been successfully voicing out her concerns regarding social media bullying that she herself went through and also her brand value is on a high considering she is the favourite amongst brands for their endorsements and is flooded with them!

On the work front, Ananya’s next project is Pati Patni aur Woh alongside Kartik Aryan and Bhumi Pednekar which is slated to release in December 2019.