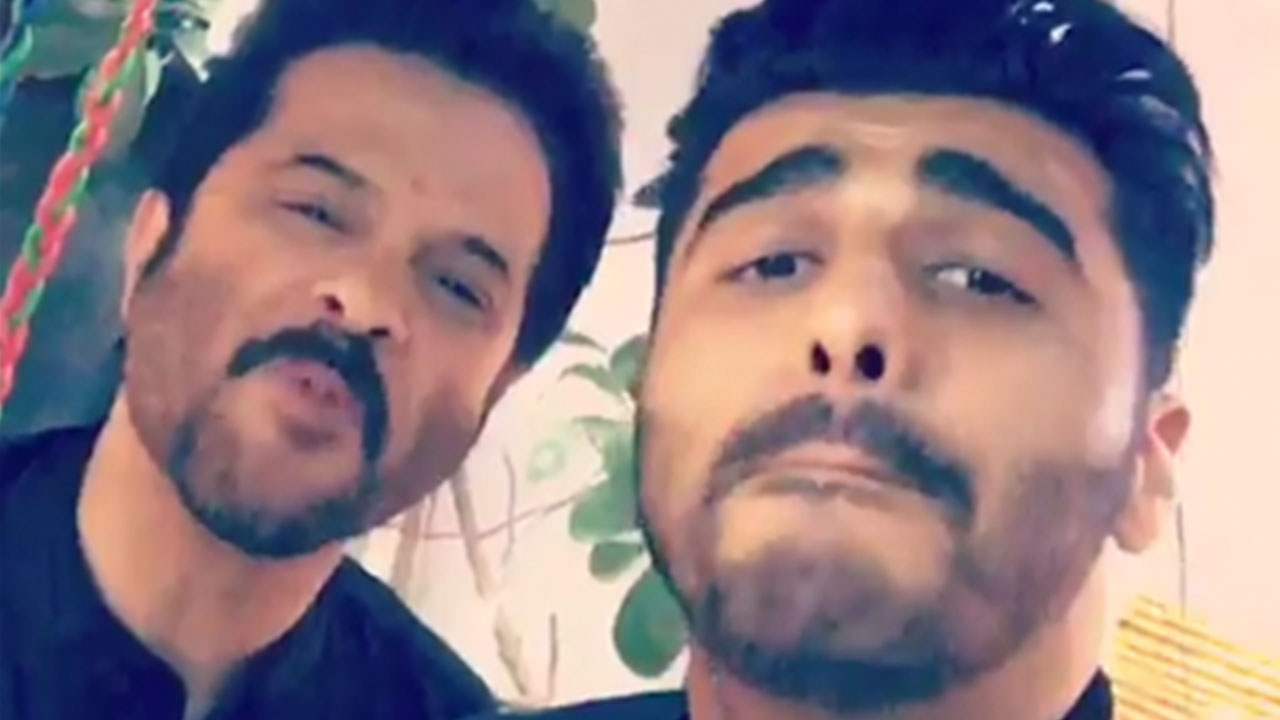 With the sporting Anil and Arjun joining hands together, their off screen camaraderie, will be exhibited onscreen.

And despite Anil not having scenes to be shot in this schedule, he flew down to Chandigarh especially to surprise his bhatija as it was a very emotional moment for him as this would be the first time Anil will be working with Arjun and he wanted to be by his side on the mahurat day.

Interestingly, Anil turned the perfect host for the cast and crew of Mubarakan during the shoot of the schedule.

The graceful actor hosted a private dinner for the cast and crew members of the film.

The actor looked into nitty gritty’s of the dinner personally. He supervised the menu for his guest and even interacted with the chef of the hotel while finalizing the menu.

Recently Arjun and Illeana were spotted relishing food from a Dhaba and both of them are bonding well.

Mubarakan is indeed one of the much awaited films of next year.