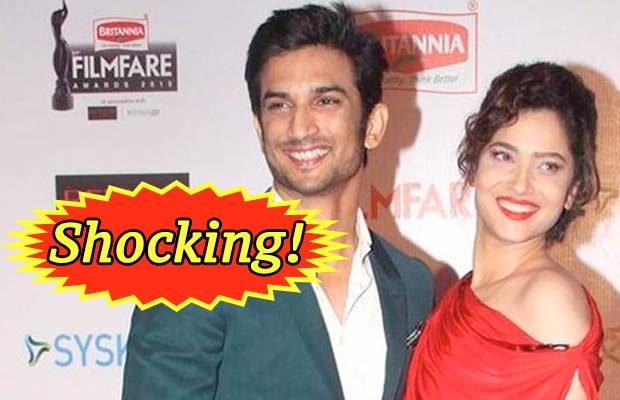 [tps_footer]It is always sad when a couple breaks up but when a Bollywood couple breaks up, many hearts break – including those of fans. This year has seen its fair share of celeb heartbreaks but the one that probably hit us all with a wave of shock was the parting of Ankita Lokhande and Sushant Singh Rajput. The couple headed for Splitsville after a long 6-year of togetherness . While nobody is none the wiser about why exactly they’ve split ways, there were tons of rumors floating around.

To quell this, Rajput took to Twitter to clarify – “Neither she was an alcoholic nor I am a womaniser . People do Grow apart & it’s unfortunate . Period!!”

However, according to an interview and report, a source close to the couple claimed that Ankita had a severe drinking problem and Sushant was a flirt who often was seen getting too close to comfort with other women. The source also revealed that while things were strained, the real showdown was at a party held at a filmmaker’s house.

The source further quoted that, “It was one helluva fight, very ugly, very crass. The two just didn’t stop, especially Ankita whose temper had hit the ceiling. The duo was drunk at the party, and Ankita walked in on Sushant trying to get too friendly with a very famous female celeb.”

The report states that Ankita started swearing at her beau using some really expletive Hindi swears and the whole atmosphere turned very volatile. This has essentially become the point from where things snowballed into disaster.[/tps_footer]