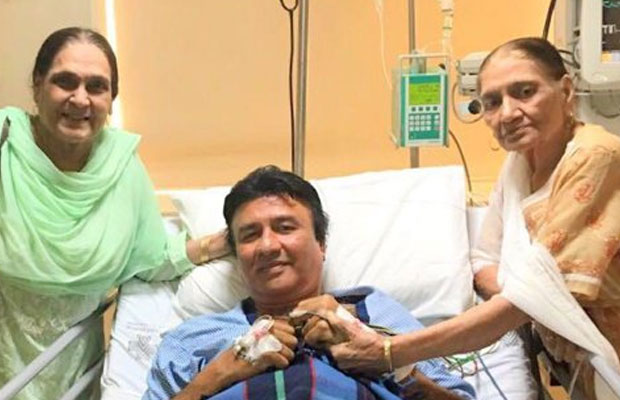 [tps_footer]Anu Mallik was definitely one of the best music composers of the 90s era. He was not only a composer but a singer too. His songs like Garaam Chai Ki Pyaali Ho broke all the records. His music was not only different but had that freshness and the music was catchy. But in the 2000s, his music somehow faded and he was not seen in the limelight much often. Recently he made a bang on the comeback with his music in YRF’s Dum Laga Ke Haisha. He won some awards for the same too.

But there is a sad  news for all

But there is a sad  news for all Anu Mallik fans out there. Anu is unwell and is admitted to the hospital. However, the reason for illness is not known yet. His wife Anju Anu Malik recently posted a photograph of the ailing Anu Malik, which was clicked in the hospital, when Anu Malik’s mother and her sister had paid him a visit. Anju captioned the photograph as “My husband’s pillars of strength. Love you Mummy and Choti Mummy”.

Well, we really wish for Anu Mallik’s speedy recovery and wish that he get’s well soon.[/tps_footer]