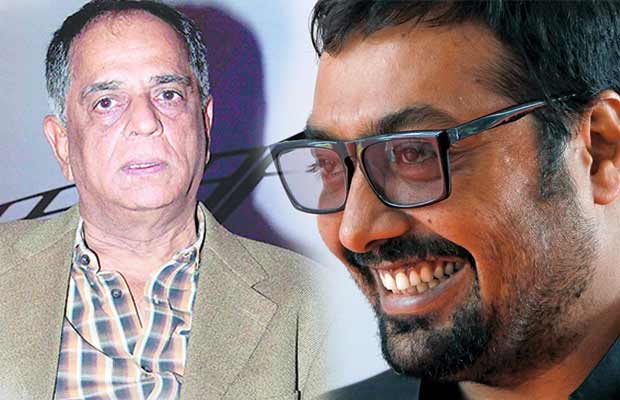 [tps_footer]Udta Punjab had fallen in much-unwanted controversy and the film was finally released after a lot of hustle bustle. The film which dealt with the hard-hitting concept of drug abuse in the state of Punjab was met with fierce resistance by the Censor Board for Film Certification. After all this, the film was released just with one cut and it looks like there is no love lost between producer Anurag Kashyap and Pahlaj Nihalani.

During the recent chat show with Anurag Kashyap for Raman Raghav, the director was asked about Pahlaj Nihalani. To which he said that if he ever woke up as Pahlaj Nihalani, then he would die of shame.
CLICK HERE FOR ALL LATEST BOLLYWOOD UPDATES
Now this was a direct dig at the Censor Board Chief. He then added that if he was ever made as the head of the CBFC, then he would make sure that the organisation was no more. He said that he would personally ensure that such organisation comes to an end. Of course, we can understand Anurag‘s state of mind. He has been through a lot during Udta Punjab. But we hope that all gets fine between them.
Meanwhile, Anurag‘s latest Raman Raghav is getting a great response at the box office. The film stars Nawazuddin Siddique in the lead.[/tps_footer]