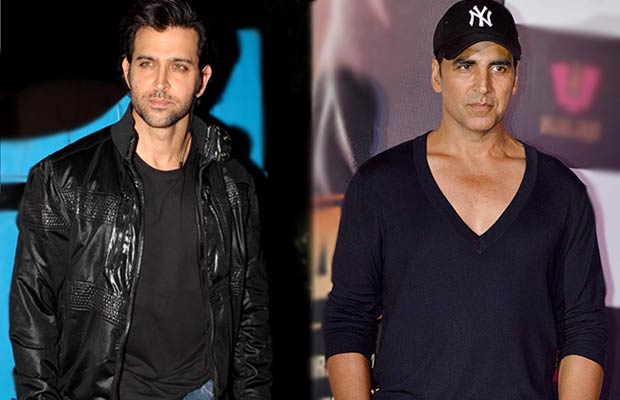 [tps_footer]Rustom‘s trailer was launched yesterday and we must say the trailer was quite impressive. Akshay Kumar looked really great as Rustom Pavri in the film. The trailer of the film was appreciated by everyone. Rustom is all set to hit the theaters on August 12, 2016. But, even Hrithik Roshan‘s Mohenjo Daro is releasing on the same date. Yes, both these films have a great star cast and the trailer of these films look quite promising.

Despite the clash, Hrithik took to Twitter on Thursday to appreciate the Rustom trailer. “Congrats Akshay Kumar. Loved the ‘Rustom‘ trailer. Good choices maketh the man. I’m sure you agree on Twinkle Khanna. God bless,” Hrithik tweeted.  Well, it is really sweet of Hrithik to do so. Both these films have ace directors working on them.

Both these films are definitely going to make a great business and we must both Hrithik and Akshay is great actors. While Hrithik was last seen Bang Bang alongside Katrina Kaif. Akshay Kumar was last seen in Housefull 3.