Director and producer, Anurag Kashyap lands himself in another controversy yet again. His tweets in support of his friend, Karan Johar over Ae Dil Hai Mushkil ban (it’s not completely banned, some cinemas have boycotted it) has gotten him in a soup and was trolled incessantly on micro-blogging site, Twitter.

Kashyap sarcastically tweeted, “we solve all our problems by blaming it on movies and banning it…” He also asked for PM Narendra Modi to apologise for meeting the Pakistani PM Nawaz Shariff. This was followed by aggressive trolling against Kashyap. Following which Bombay Velvet producer, tweeted a few more posts explaining his stand.

It felt natural for a media reporter to ask Kashyap his intentions behind such tweets. It was intended to give Kashyap a platform to clarify his stand on actually seeking apologies from the PM Modi.

Not knowing what went through Kashyap’s mind, chose to leak his WhatsApp conversation with a reporter on his Facebook page with the intention of trolling the said reporter, with a caption ‘There is the media outside my house  when I am not there ….looking for headline’. The reporter’s name was not even blurred and the contents had nothing exciting that could have gone viral in social media.

Interestingly, Kashyap also had tweeted last night that he didn’t want the media to call him about his Twitter rant, because they are all what he has to say and they were no drunken tweets. 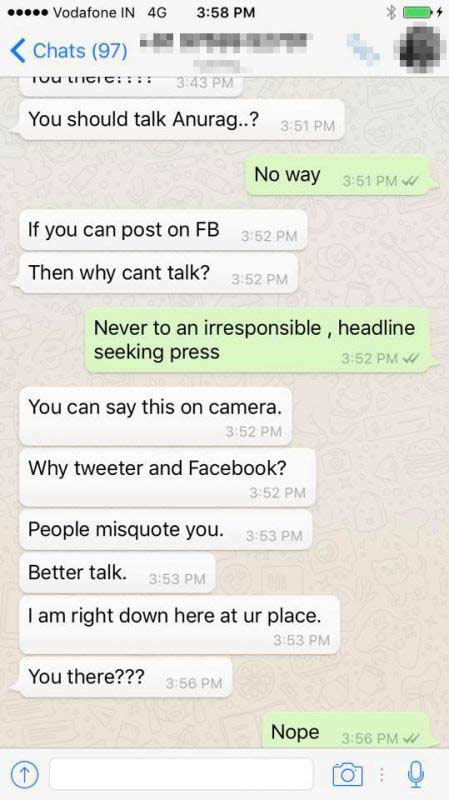 In the latest development, Kashyap has written a long explanation on his Facebook page regarding his twitter banter. Amongst everything he said, what strikes the most is that he said ‘the film industry is “damned if they do and damned if they don’t.”’ 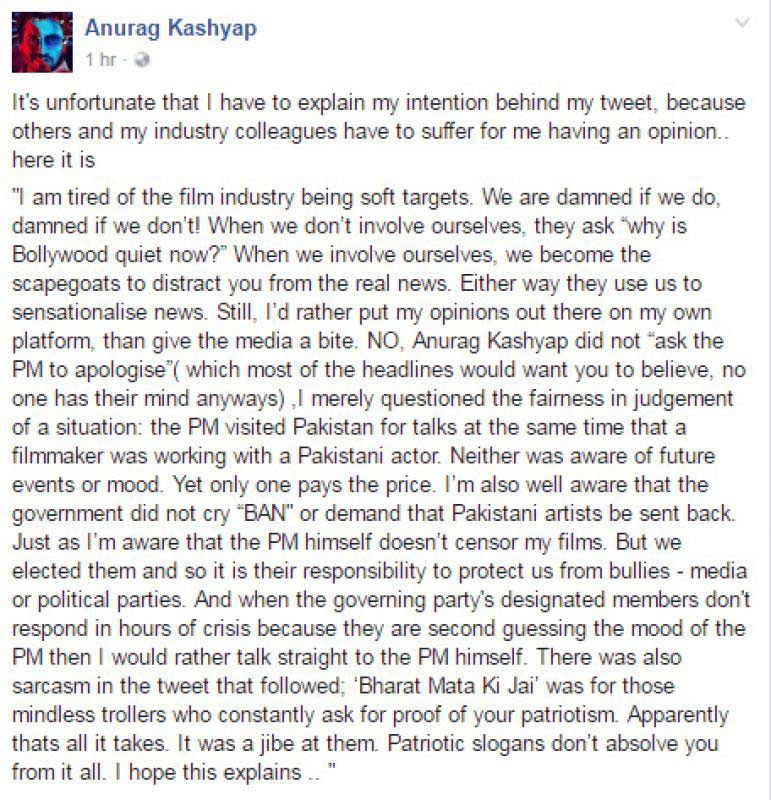 Alas, it’s true! The post makes a lot of sense!