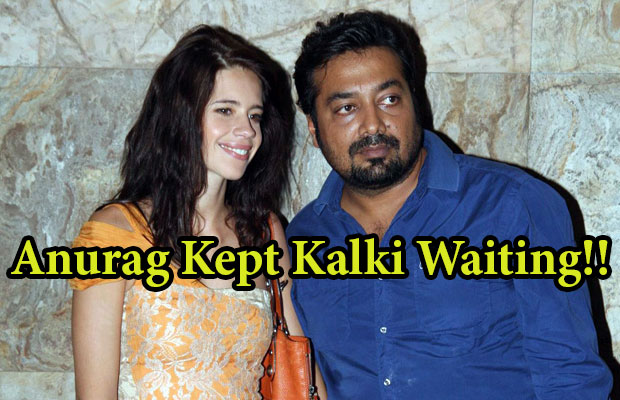 [tps_footer]Gangs of Wasseypur director Anurag Kashyap and Actress Kalki Koechlin never let their divorce take a toll on the camaraderie between the two as they continued to be good friends and socialize together and this would come as no shocker that when Anurag was invited to the special screening of Kalki’s latest release ‘Waiting’, and he graciously accepted the invitation and promised to be present.

So what went wrong? We’ll tell you what.

Anurag took the theme of the movie quite seriously and decided to keep Kalki ‘waiting’ for him to arrive at the screening. No sight of Anurag yet, Kalki decided to call him and  that is the shocker.

When he did answer the phone, all he could say was –  “I am a little caught up. But now, you are a National Award winner. Main aaoon ya na aaoon, kya fark padega?”

Undoubtedly, Kalki was stunned and so are we! While we are not discounting the possibility of Anurag having been genuinely busy, what was that reference to the ‘National Award’ all about?

However, after all, this of drama unfolding, Kalki still believed that he was casually joking but he made his point very clear when he did not turn up at all. Oops, may we ask what went wrong, Anurag ?[/tps_footer]