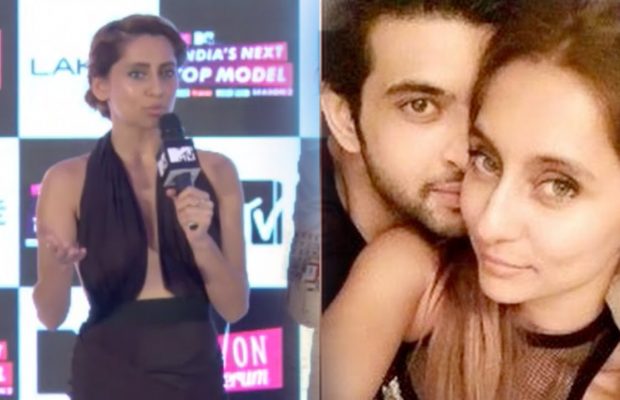 We like how industry men have started defending their ladies fiercely these days! We recently reported to you how businessman Rohit Roy stood for wife Dimpy Ganguly when a fan tried to slut shame the lady on Instagram.

A similar incident took place this week, when model turned VJ Anusha Dandekar was called a prostitute and cheap on Instagram by a fan of her boyfriend, TV actor Karan Kundra.

The actor didn’t let the event pass easily and slammed the person for talking ill about his girlfriend on the picture he had uploaded with her.

The actor made sure that each of his fans came to know about the incident. He shared a screenshot of the hideous comment on his Instagram account and wrote a long message for all his fans stating that he would rather not have a single fan than having fans like this.

However, Anusha didn’t take the matter lightly either. She didn’t avoid talking about the incident and reacted to the entire controversy very aesthetically at the press meet held for the upcoming season of ‘India’s Next Top Model’.

This is what the VJ said about the entire episode, “People are simply hiding behind a laptop or phone while they comment. But you know it’s fine to express yourself; it’s just that it should be expressed in a better way. There are many better ways to put your thoughts in front. If you don’t have nice things to say walk away, and if you still want to say, then express yourself in a better way.

Now this is what we call a lady with a class!