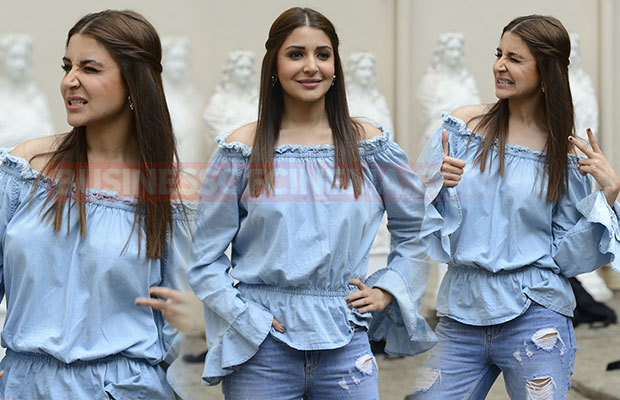 [tps_footer]As we all know, ever since Anushka Sharma has started dating cricketer Virat Kohli, she has been the target on twitter. Virat Kohli performs good or bad in his matches, there is always one person who is targeted to be bullied online. However, the sad fact is that the actress has to bear and is targeted for no reason. A lot of tweets, Facebook trolls and jokes were made on the actress for something she did not have to do with.

During a recent press conference for her upcoming film Sultan, Anushka Sharma was asked how does she react to the twitter trolls or when she is being targeted for India’s win or lose during cricket matches. Anushka Sharma had a bang on reply to it, which will actually shut haters mouth. The Sultan actress said, “I have been trolled for other reasons too. I actually don’t have anything to say or react to it. I am not the one who would react to the bunch of cowards sitting in front of their computer screens, insecure and having shi* ideas of themselves. They think so lonely of themselves that they feel pulling someone down can raise their standards. I literally feel sorry for them.”

She added saying, “Initially I thought what is going on and felt bad, but now I feel sorry for them.”

Hats off to Anushka for being brave enough and ignoring the rant of the haters the way she is been doing since a long time. Well, this is a strong slap on the face of Internet bullying. [/tps_footer]