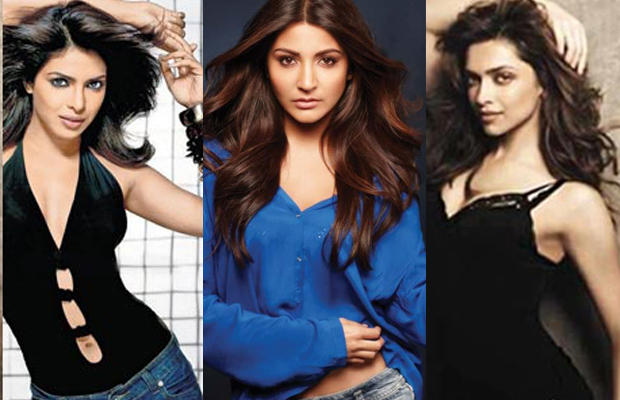 [tps_footer]Bollywood’s two actresses Deepika Padukone and Priyanka Chopra have surely made everyone proud by making their way to Hollywood. The two leading beauties are grabbing all the eyeballs with their extreme Hollywood stint. The two have become much more famous and loved internationally. Not only we but even, entire Bollywood industry agrees to it.

Priyanka Chopra and Deepika Padukone have come long way and even Bollywood actress Anushka Sharma agrees to it. During a recent press conference for Sultan, Anushka Sharma was asked if she has any dreams to step into Hollywood. Anushka Sharma replied saying, “I don’t have any dream as such now. It’s great that Priyanka and Deepika both are doing great work there. Priyanka has achieved so much there. It’s amazing and I am proud of both.”

Talking about her Hollywood plans, Anushka said, “I have never planned anything in my life. I am working according to the moment. I have not planned my career in Bollywood so then, Hollywood is too far away. I see things as they come and happen.”

Well, no matter Anushka you step in Hollywood or no, you are already making us feel proud with movies like Sultan and NH10. On the work front, Anushka Sharma has geared up with the release of Sultan starring Salman Khan alongside. Based on wrestling, the film is all set to hit theatres this year on Eid.[/tps_footer]