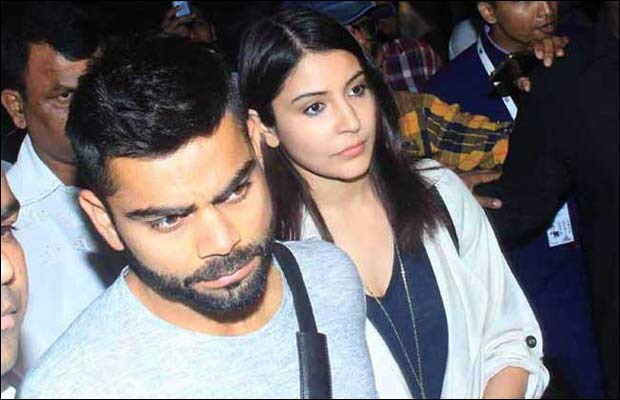 [tps_footer]Anushka Sharma and Virat Kohli are undoubtedly the most adorable duo of the industry. The highly talented celebs who have always garnered attention for their love life are yet again in the news. Anushka and Virat parted ways some time back due to unknown reasons. The two stars have patched up again and are not in a mood to share their personal rapport in the media like before.

Anushka Sharma who is gaining all the positive reviews for her recent blockbuster ‘Sultan’ also was asked about her reserved stance on her relationship. The actress opined that she has decided not to reveal too much about her personal life like she used to because it takes away the attention from the achievements on the professional front.

The recent update about Virat and Anushka is that the two are allegedly spotted in West Indies. Reports state that Anushka is cheering for Virat in West Indies where the handsome hunk is present for the test series. The Sultan actress was present on the third match and was also seen cheering Virat Kohli.

Speculations state that everything is going well between the two celebs and they might also spend some quality time together in West Indies. Well, we are glad these love birds are back together.

On the film front, Anushka Sharma is now gearing up for Karan Johar’s ‘Ae Dil Hai Mushkil’. The film is almost wrapped up.  ‘ADHM’ is scheduled to release on October 28th, 2016.
[/tps_footer]