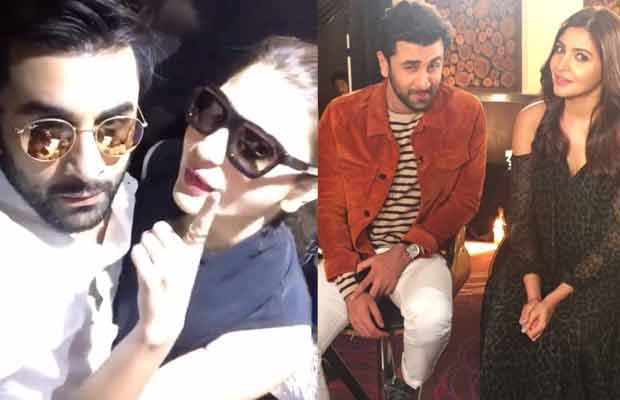 Off late, nothing seems to be going well for Ranbir Kapoor! Ae Dil Hai Mushkil turned out to be a savior for him, but unfortunately Jagga Jasoos didn’t perform well too. Now, he is facing backlash for all this, but Anushka Sharma, his co-star from Bombay Velvet has come out in his support.

Anurag Kashyap, who was the mastermind behind Bombay Velvet, leading stars Anushka Sharma and Ranbir Kapoor received a lot of flak for the movie. But, while other two have moved on, and are off the radar of gossip mongers, Ranbir Kapoor is still cursed for the biggest flop of his career

Anushka Sharma, who has worked with Ranbir Kapoor in Bombay Velvet and Ae Dil Hai Mushkil, and will share screen with him in Sanjay Dutt biopic too, has turned out to be his true friend during this tough time.

Talking about the movie, she said “What happened to him was unfair. He is one of the best actors we have today. But it’s also because Bombay Velvet was Johnny’s film more than Rosie’s. I would have been held solely responsible if NH10 had flopped, not because I produced it, but because the film was riding on my shoulders. But, he continues to be targeted also because of the other films he did. I was relatively less affected because I had successful films before and after Bombay Velvet.”

She has made a valid point here for sure, and we second her thoughts. Meanwhile, Ranbir Kapoor will next be seen in Sanjay Dutt biopic, and Anushka has the same movie in her kitty along with Pari and an untitled flick with Shah Rukh Khan and Katrina Kaif.