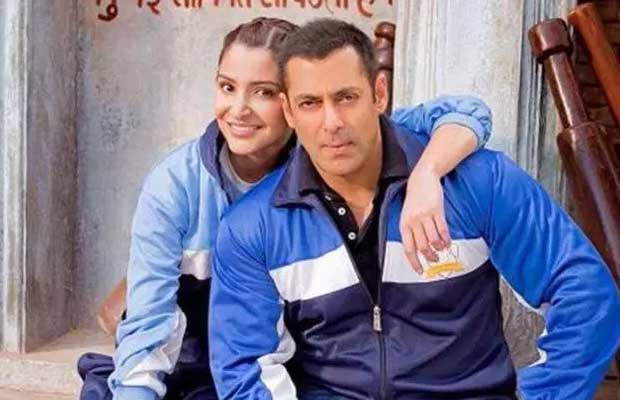 [tps_footer]Anushka Sharma and Salman Khan starrer film ‘Sultan’ is finally on the verge of completion. The film which is already riding high on the minds of the audience has now reached its final schedule. The much-awaited movie will see Salman in a wrestler mode. Currently, the team of the film is in Delhi for the last leg of the shoot.

‘Sultan’ will see Anushka and Salman together on the silver screen for the first time. Seems like, beautiful actress Anushka has had an amazing time shooting for the film. The actress was captured enjoying a scrumptious treat of Sushi with the crew. NH10 actress was seen all engrossed in the food and her picture is already viral on the social networking sites.

Yash Raj Films which is helming the film ‘Sultan’ posted the picture on the micro-blogging site Twitter. The Dil Dhadakne Do actress was clearly enjoying her treat but there was no sign of Salman Khan. 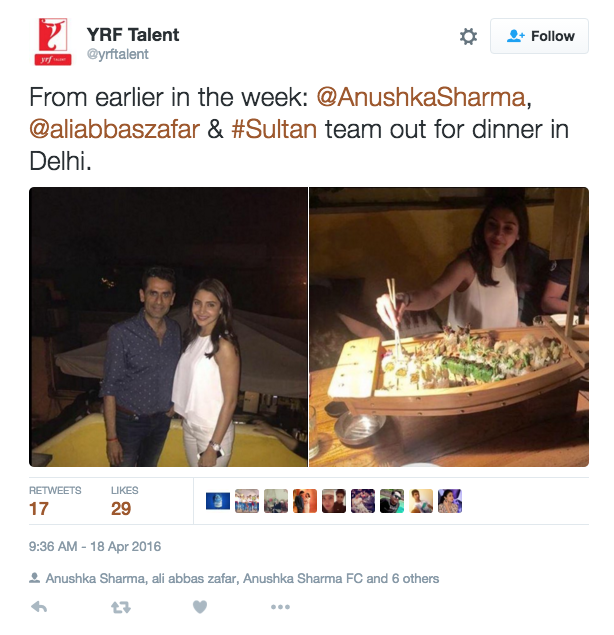 The last leg of ‘Sultan’ shoot is facing a bit of troubles as actor Randeep Hooda who plays the character of Salman’s coach in the film is admitted to the hospital. Randeep collapsed while shooting for the film and is likely to get the discharge today.

Leaked pictures from the shoot of the highly anticipated film have already made rounds amongst the masses. Directed by Ali Abbas Zafar, ‘Sultan’ will hit the screens on Eid this year. Lastly, we now know Anushka’s love for Sushi![/tps_footer]