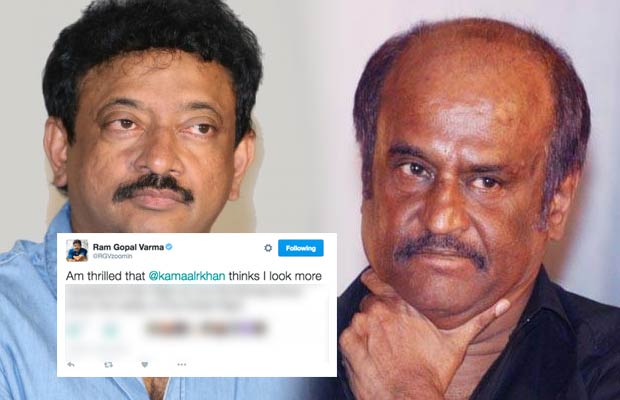 [tps_footer]After Kamaal Rashid Khan aka KRK, it’s none other than director Ram Gopal Varma who is the most controversial Twitterati. Ram Gopal Varma, who is known for his outrageous comments on social media, has come out with a new one but this time, he was not spared so easily.

RGV had recently made some comments on none other than the south superstar Rajinikanth, which had left his fans furious. It all started when KRK compared Ram Gopal Varma with Rajinikanth. Well, without thinking once, RGV like always tweeted in a very unmannerly way but later he was in all praises for the superstar. His reactions on Rajinikanth as a praise were extreme and soon fans got offended over it. In the series of tweets, he firstly praised Rajinikanth but that didn’t go well with Thailaiva’s fans. 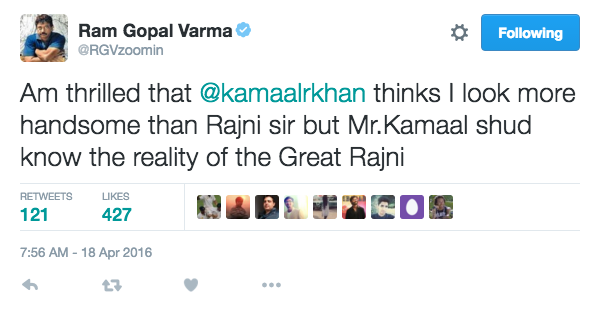 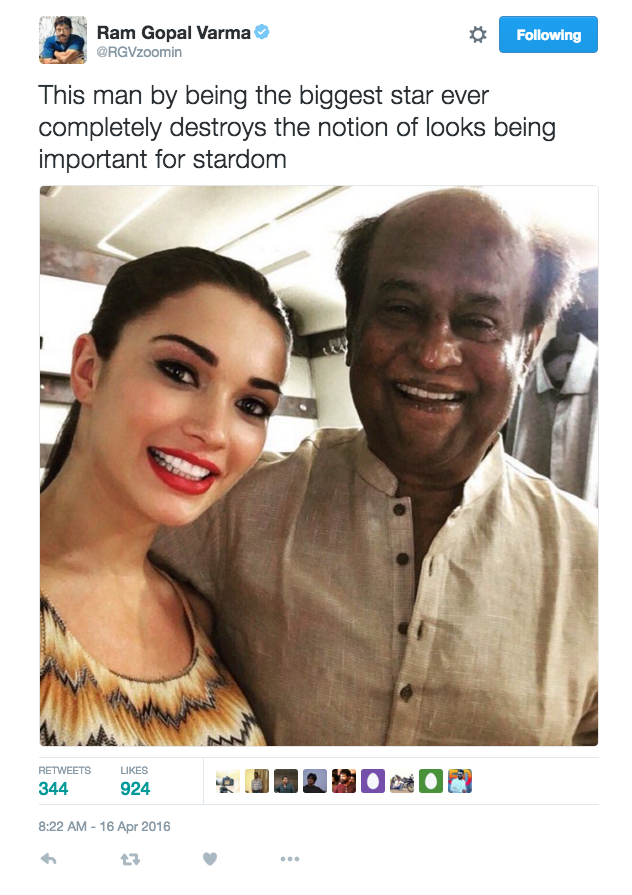 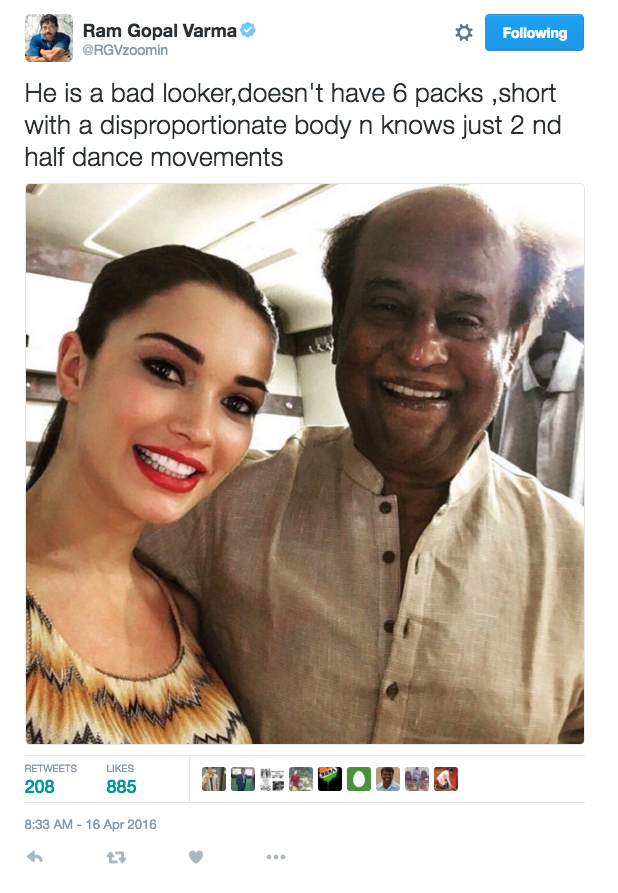 Soon after RGV’s praise tweet for a superstar, he provoked Rajinikanth’s fans by ranting tweets against the star. In the series of his tweets, he tweeted, “All u dumb Rajni fans who are abusing me shud realise that I saw Rajni sirs flop films many more times than even my own hit films” 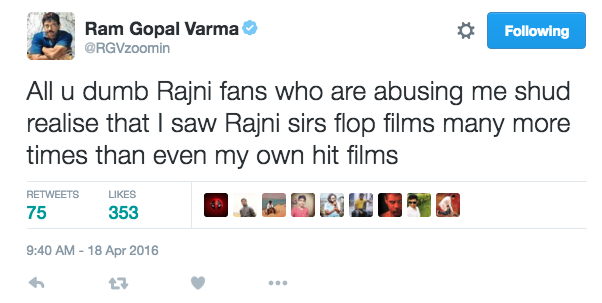 Later when everything was normal, RGV this morning, took to his twitter handle to make his stand clearly. He tweeted, “He is the Star of not only earthly Stars but also of the heavenly stars.” 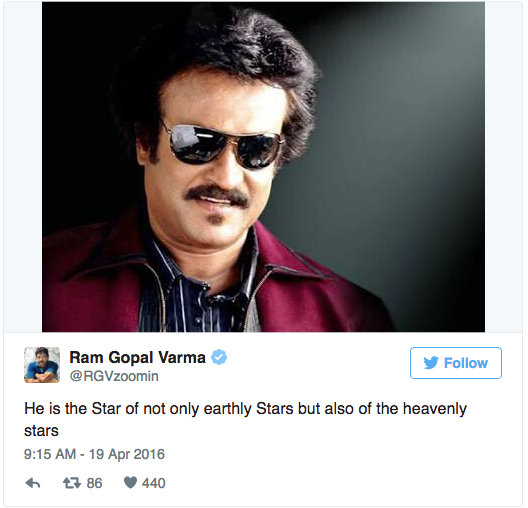