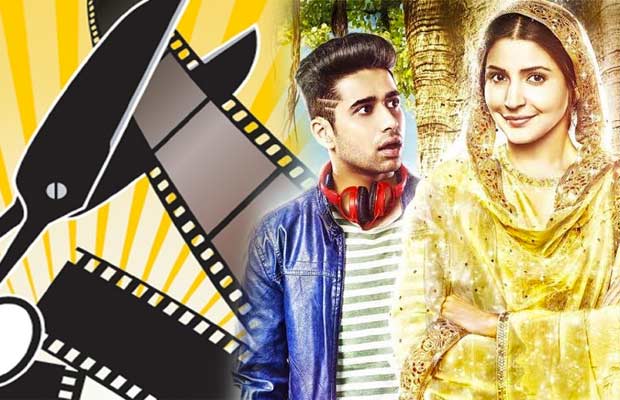 When you saw the trailers of Anushka Sharma‘s Phillauri, you wouldn’t imagine that the Central Board of Film Certification (CBFC) would demand any cuts. It’s a purely family entertainer with a friendly ghost and wedding atmosphere!

But, you thought wrong! The CBFC infamous for asking cuts and edits from most film these days have found something in Phillauri too. Reports suggest that CBFC muted Hanuman Chalisa in the film claiming it would have “hurt religious sentiments”.

It has been reported that in a sequence where Kanan (Suraj Sharma) is reciting the Hanuman Chalisa in the bath tub in the presence of the ghost, Shashi (Anushka) has been muted as ghosts are supposed to be eradicated not pacified with the recital of the Hanuman Chalisa. Now all that the audience will hear is Kanan long droning chant which would be inaudible.

“In my opinion it’s not the CBFC’s job to sit in judgment on the content of a film. We can only make amends in the presentation of the content. Not propagating superstition and blind faith falls in the jurisdiction of the state government. If we sat judgement over films on ghosts then we’d have to question why classics like Mahal, Gumnam, Woh Kaun Thi and Lekin were passed,” CBFC chief Pahlaj Nihalani told the tabloid.

Not just this, the Anshai Lal’s film will have a disclaimer at the beginning announcing that they do not subscribe to any of the superstitions shown in the film nor do they believe in ghosts.

Also starring Diljit Dosanjh and Mehreen as a part of central cast, Phillauri has released today.

Are you planning to watch it? Let us know in comments!