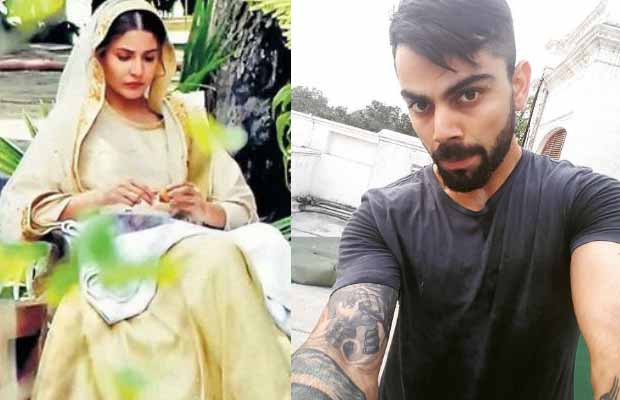 With the news that Anuksha Sharma’s upcoming movie, ‘Phillauri’ has recovered more than half of its budget even before the release of the film, is sure a reason for the makers of Phillauri to celebrate and cheer.

Anushka is not only part of the main cast of the film but also has produced it under her home banner Clean Slate Films along with Fox Star Studios. Amidst all this, there were reports that her cricketer boyfriend, Virat Kohli was backing her financially for this project.

Anushka has rejected such claims in a down-right manner. She thinks such false rumours are caused because of “a very, very deep rooted misogyny”. She further adds that, “Where people feel that if a girl is doing something great on her own, obviously she has got some help.”

Slamming people with such thoughts while speaking to DNA, she said, “People who speak this way have no spine.” Anushka blames it on people who can’t get themselves to see any kind of change in the society. The mindset that women can’t stand on their own feet, leads to people spreading such false stories.

She believes that, “whenever you will do something good, there will always be someone to pull you down or make you feel like s**t. You just have to ignore it. Don’t give a damn and keep walking. And as you go further and further on the road, the noises become quieter and quieter.”

Talking about being financially independent now and all her life, she says, “Nobody needs to help me financially. I am very, very independent financially and I’ll be that for the rest of my life. I will never change the way I am because of what people expect or think of me because if I’d done that, I wouldn’t have come so far in my life. I don’t need any financial help from anybody and I don’t say that with arrogance, I say that with pride. It’s just that I have reached so far, on my own accord and nobody can take away my credit away from me.”

Set in Phillaur, Punjab, the film also starring Diljit Dosnjh, which is releasing on Friday, is said to be a fun family entertainer.