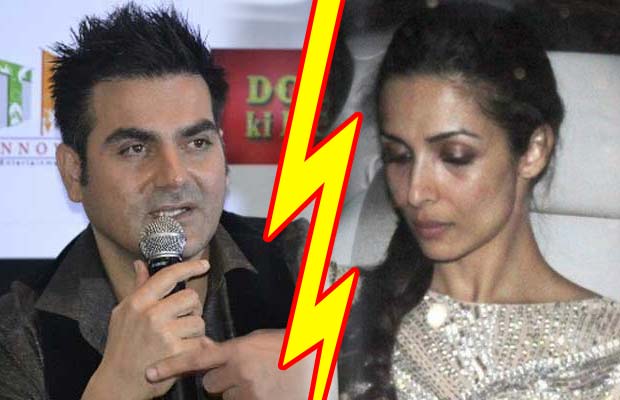 [tps_footer]Arbaaz Khan and Malaika Arora Khan who are labeled as the most adorable duo of the tinsel town are witnessing problems in their love nest. The two celebs since quite a long time are in the headlines for their marital issues. Reports state that Arbaaz and Malaika are separated from each other on mutual terms. However, this separation is not in legal terms.

The reason for their separation is not yet known but many speculations are in the forefront. Rumors also linked Malaika’s name with actor Arjun Kapoor. The 2 States actor denied all the rumors. It was also being said that Arbaaz’s family wanted Malaika to concentrate on her family life and give a break to her career. Due to the stated, there was a tiff between Arbaaz Khan and Malaika Arora Khan. The real reason is not yet known.

Finally, actor Arbaaz has now commented on the present state of their relationship. Arbaaz stated that they are still separated and not together as of now. The actor did not open up on anything else.

Lately, Malaika Arora Khan was spotted a couple of times at the Khan residence. Her presence surely hinted at the fact that things are getting better between the two. But with Arbaaz’s statement, it is now clear that they are not yet reconciled.

Well, we hope Arbaaz and Malaika soon mend their differences and get back together!