Being one of the cutest B-town couples and giving serious relationship goals to fans, Malaika Arora Khan and Arbaaz Khan called for a divorce after 18 years of their marriage this March. The couple since then has been undergoing counselling sessions to fight the divorce sportingly and end on good notes. Although they are undergoing a tough phase, the two were recently spotted together. Here’s where and how.

Arbaaz Khan was seen partying with Malaika’s family at the dinner party in Goa and the pictures spread and make people awestruck over their sporty bond even after filing for a divorce.

Arbaaz says that despite the breakup, his equation with his ex-in-laws will remain the same and said that his love with Malaika has been over 2 decades and that bond made him always closer to the Arora family which is why they still are closer. Arbaaz Khan also said that if things don’t go fine between a couple, it doesn’t mean even the families should break apart and said that her family is very fond of him and even he has a lot of respect for them in return.

The couple didn’t want their son Arhaan to get affected by their separation and that is why Arbaaz said that he and Malaika are responsible parents and don’t want him to suffer from their separation. The responsible father added that he wants his son to grow in a healthy environment and so does Malaika think about her future and her child.

When Arbaaz Khan was asked about his work, he said that he is a better producer than an actor but he couldn’t taste the stardom he dreamt for. He said that he took charge as a producer and will only focus on that as he has a family and office to take care of. 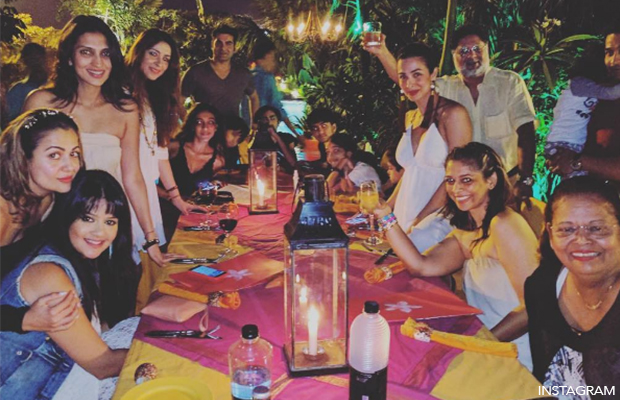