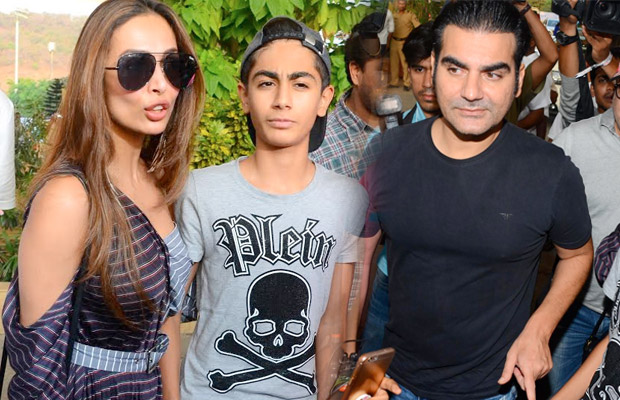 As we all know Bollywood couple Malaika Arora Khan and Arbaaz Khan have been living separately for a couple of years. When problems had hit their marriage life, Malaika chose to move out of Arbaaz Khan’s house and has now started living separately with their son. Though the two parted ways but were always spotted together for their son, Arhaan at every family gathering.

Now, a day after Malaika and Arbaaz were spotted together at Justin Bieber’s concert, a sad news comes in. According to Mid-Day, Bandra family court has granted the divorce to actors Arbaaz Khan and Malaika Arora. The couple, who married in 1998, had filed for it on mutual consent. Reportedly, the custody of their son Arhaan will remain with Malaika, while Arbaaz can meet his son whenever he wants to.

Well, this will surely leave Malaika and Arbaaz fans disheartened. Earlier this year, Arbaaz opened up in an interview with DNA and said that there was no chance of them getting back together.  He said, “I guess if that was to happen it would have happened in the first six months, or one year. It didn’t and it’s been almost three years now.”