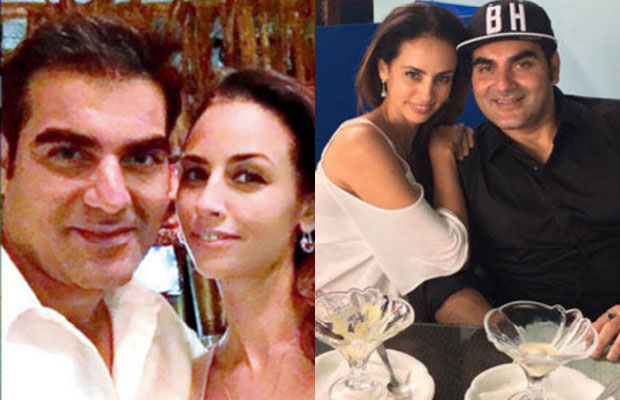 Arbaaz Khan considers himself a late-bloomer who received his due success and recognition only later in life. He did not succeed as central hero in his solo films in the 1990s. Post which he started played second fiddle to the lead actor and slowly started being appreciated and recognized.

In the last five years, he has also explored other aspects of filmmaking like direction and producing. One of the most popular ones directed by him were the Dabbang series movies with his older brother, Salman Khan in the lead.

This year has been a tough year for Arbaaz personally as well. He went through intense divorce proceedings with his wife of a long time Malaika Arora. Though the two seem cordial and parents first, there is news that Arbaaz has long moved past.

There were reports claiming that he is romantically involved Goa-based restaurateur, Yellow Mehra. The grapevine buzzed even stronger when Arbaaz posted a picture with her on social media.

On being quizzed about it by a leading newspaper, Arbaaz called it “frivolous”. He said, “That’s all bullshi*. She is just a friend. I visit her when I go to Goa, maybe to have a meal. It’s really frivolous journalism to make a story based on a picture I posted. The next time I want to post a picture with a friend on social media, I’ll be afraid of a link-up. She could be someone’s girlfriend, wife.”

Professionally, Arbaaz is gearing up for his upcoming movie, ‘Jeena Isi Ka Naam Hai’ which is slated to release on March 3, 2017.