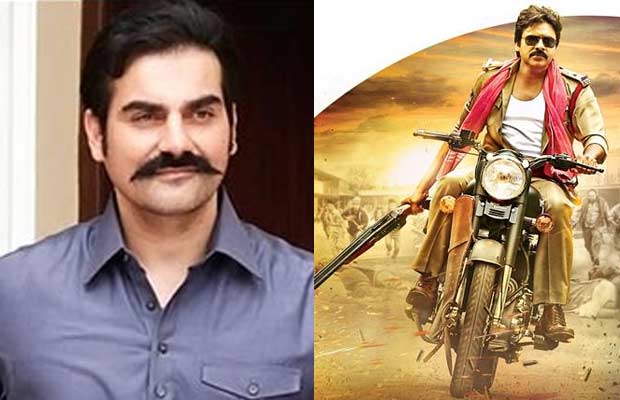 Even earlier, Pawan’s ‘Gabbar Singh’ had fallen into legal trouble after few Hindi producers slapped copyrights case on the movie and demanded Rs 25 Lakhs over the use of screen name ‘Gabbar‘ in the title of the movie.

Meanwhile, the producers of the film are waiting for Pawan Kalyan’s return in order to reply the legal notice. Well, with new trouble for the film, we wonder what the makers of the film will do to clear the hurdles before the release of the film. Hope Pawan Kalyan’s Sardar Gabbar Singh has a clean release! Fans are actually taking this as a positive sign for Pawan Kalyan‘s film and are equally wondering on why Arbaaz Khan is making an issue out of nothing as none of the scenes are inspired by any of the Bollywood sequels.

Sardaar Gabbar Singh, released by Eros International in association with Pawan Kalyan Creative Works and Northstar Entertainment, opens in cinemas on April 8. The movie is directed by Bobby and also stars Sharad Khelkar,Kabir Duhan Singh, Kajal in the lead roles.[/tps_footer]