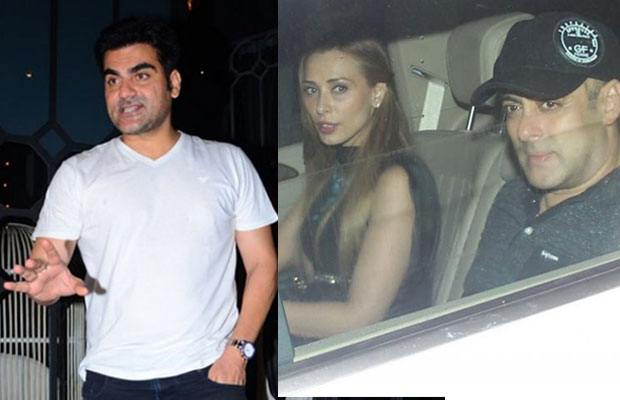 [tps_footer]Salman Khan and Iulia Vantur are creating headlines every now and then. The couple has been dating since long. Well, none of them publicly accepted the dating rumours.

Lately, there was a news that Salman and Iulia already got married in Romania. This news came out when a Romanian tabloid addressed Iulia as Mrs. Khan. Well, the news was a shocking one to fans and people in India. They were astounded to know that Iulia is already Mrs. Khan in her motherland. Well, none of the two came out and spoke about it.

Salman’s brother Arbaaz Khan recently spoke on their marriage. In an interview with a portal, Arbaaz stated that people have been hearing about his marriage since his first year in films. Salman will marry when he has to. Well, looks like even brother Arbaaz is not sure about Sallu’s marriage. Now only time will tell us where will Salman-Iulia’s relationship head.

The Sultan actor recently finished the Leh-Ladakh schedule of his film Tubelight. He will be romancing Chinese actress Zhu Zhu in the film. Salman was also accompanied by his ladylove Iulia. They even made a visit to Dalai Lama together. Director Kabir Khan also revealed Salman’s first look from the film. The film will hit the screens on Eid next year.

Also, reportedly, Salman is gearing up for the 2012 superhit film, Ek Tha Tiger. The sequel is apparently named as Tiger Zinda Hai. Reports suggest that Katrina Kaif will also be a part of the sequel. Well, if this happens, then Salman-Kat will come together on silver screen after a gap of 4 years.