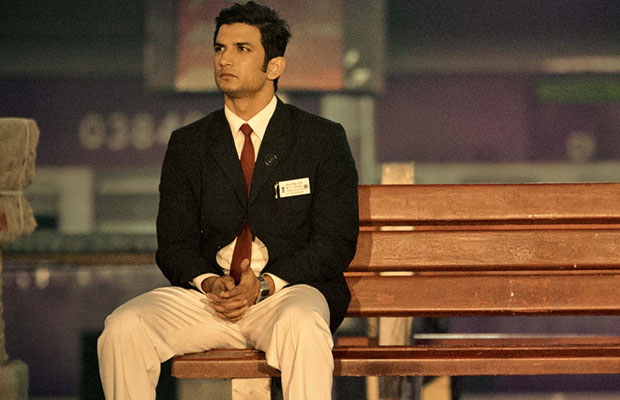 The trailer of ‘MS Dhoni: The Untold Story’ is going to get its Telugu launch today.

The Telugu dubbed trailer will be launched by the renowned Telugu actor, Naveen Babu, better known as Nani. There will be no limit to the exultation of the fans, as they will see a glimpse of their idol’s biopic in Telugu as well

Recently the Tamil trailer of the movie was launched by South sensation Dhanush which has been receiving an amazing response.

M.S Dhoni is a cricket sensation across India, and the trailer based on him has created a storm over digital platform, & has also broken all existing records.

The intriguing Hindi trailer which has already generated a lot of alacrity in the mind of Indian people to know the journey of Captain Cool had garnered over 10 million views in less than 36 hours.

The trailer of ‘MS Dhoni: The Untold Story’ has got stupendous response from everywhere.

No other trailer had received such an overwhelming response in such a short time. It has set a new benchmark for trailers of other movies.

Dhoni has a humongous fan following & with his biopic getting launched in several languages it proves his prowess.

People from all the nooks and corners of the country look up to him as an inspiration, keeping this perspective the makers of the movie have decided to launch the trailer in several languages.

The trailer of ‘MS Dhoni: The Untold Story’ can be proclaimed as the most celebrated trailer, because of the humongous amount of love it has been amassing from cricketers, Bollywood & even film critics are waiting for the movie as they have loved the trailer too.

With the tremendous response that the trailer has been receiving, it has surely hit a six !

Helmed by ace director Neeraj Pandey, produced by Arun Pandey and Fox Star studios, the film which is one of the most anticipated films of the year is all set to release on September 30th, 2016.