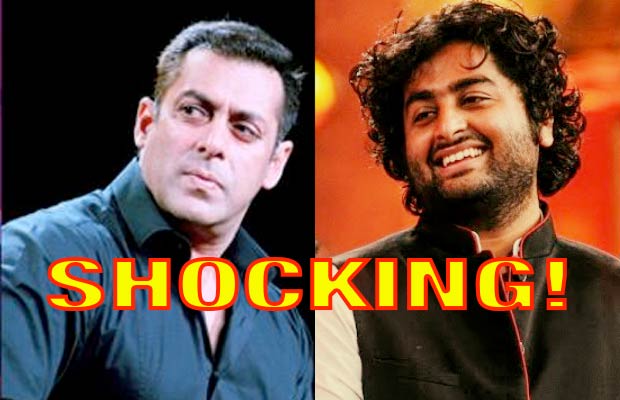 [tps_footer]The romantic number ‘Jag Ghoomeya‘ from Salman Khan’s much awaited Sultan is definitely taking all the right stances and successfully crooning over everyone’s heart! It is also considered to be one of the finest compositions of Salman Khan‘s career till date and those who have already heard the song will definitely vouch for it.

Although the song released recently, it’s been pretty popular due to singer Arijit Singh. Though we know about the whole controversy between him and Salman Khan Now, the turn in the story came in the form of producer Aditya Chopra, as Arijit wants Aditya to act as the bridge of communication between him and Salman. It is said that Arijit approached Adi Chopra to help him sort out thing with ‘Bhai’ but Adi turned a deaf ear because he does not want to ruin his association and friendship with Salman Khan. Smart move there!

On a referral note, Arijit Singh claimed that he was the original singer of ‘Jag Ghoomeya’ until he was replaced by Rahat Fateh Ali Khan’s version as Arijit recently had a tiff with Salman Khan at an award function and Salman felt insulted. Post that, bhai decided to strike out Arijit’s song from his upcoming movie ‘Sultan’

Bhai also went to the extent of recording his own version of the song. All we can hope for is this ugly battle to come to an end and Arijit gets a Salman song to add to his repertoire. At the end of the day, both the individuals in the news are our favourites and we would not want to part from any of them![/tps_footer]