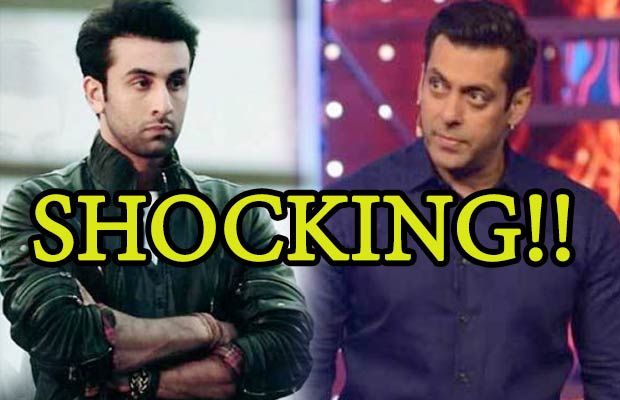 [tps_footer]We all know that Ranbir Kapoor and Salman Khan don’t get along with each other. Not only this, both are never in seen in public together and nor do they speak to each other. This problem is not between them from the time they were dating one girl, that is Katrina Kaif, but the problem between them is quite old, even before Ranbir Kapoor made his debut in Bollywood.

Back then the two were partying in the renowned pub and met each other. In no time, their conversation took the face of an ugly fight. Salman who is known as an angry man slapped Ranbir Kapoor. Ranbir Kapoor felt humiliated and left the venue immediately. Then Salim Khan had to personally call up Rishi Kapoor and ask for an apology on his son Salman‘s behalf. However, the matter was not escalated ever after. But the silent war between Ranbir–Salman is still on. With Katrina Kaif’s involvement, the problem just went to another level. This is also the major reason why Ranbir tries to avoid Salman Khan in public.

We hope that these two resolve their difference and work together in a film soon. We would love to see Ranbir–Salman in a film together. What do you think should they do a movie together? Tell us in the comments below.[/tps_footer]