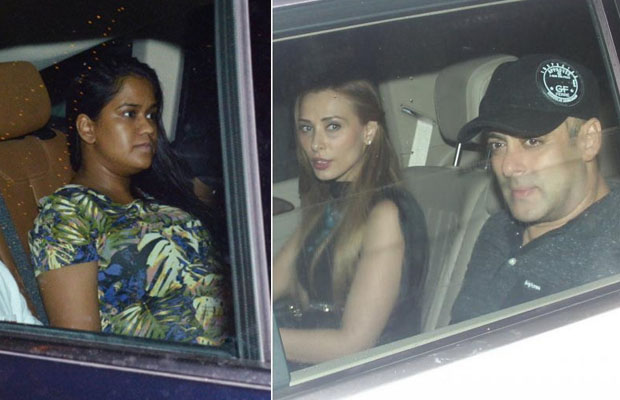 Salman Khan’s family’s joy has known no bounds ever since the superstar has been acquitted from the double chinkara poaching case. His sister Arpita Khan recently took to micro-blogging site Twitter to thank Bhai’s fans for their love and support during the tough times. The girl, who recently became a mother to baby Ahil, was spotted yesterday at an event. When Arpita was asked about Salman’s acquittal from the Rajasthan High Court’s Jodhpur bench, the happy sister thanked Bhai’s fans supporting the actor during the court proceedings.

However, there was one question Arpita smilingly avoided. When she was asked to comment about the star’s marriage rumours with Iulia Vantur, Arpita smiled and said “I am not answering this question. You can ask him this question.”

We believe there definitely is something behind the smile she had on her face while answering the reporters.

Well, we can only keep guessing!

On the fashion front, Arpita was seen wearing a navy blue embellished kurta and a zardosi work dupatta. She had her hair braided beautifully that enhanced her features.

The post delivery glow hasn’t left the star-sister’s face yet and Arpita still looks as radiant as she did in her pregnancy!