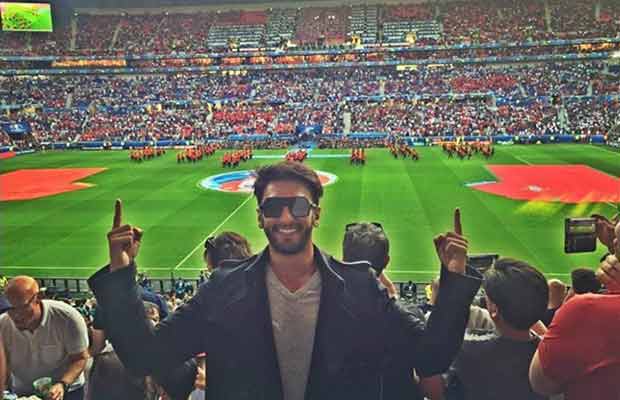 Ranveer Singh turned 31 years old wiser, smarter and obviously hotter yesterday. The actor was last seen in ‘Bajirao Mastani’ and will now be seen in ‘Befikre’ alongside Vaani Kapoor. ‘Befikre’ will hit the theaters in December 2016.

As we all know, that Ranveer Singh is currently in Paris and is shooting for his upcoming film ‘Befikre.’ He shared a photo of himself at the Wales vs Portugal match and of course, he was like charming and drop-dead handsome like ever. The actor celebrated his birthday in a sporty manner.

Well, there are rumors that, Ranveer is currently holidaying with his Mastani Deepika Padukone in Europe and they will head back to Mumbai on July 18th. We all know about how Deepika and Ranveer were showering love at each other at IIFA and it is pretty clear that the couple is very much in love. It is also nearly confirmed that the couple will start shooting for Sanjay Leela Bhansali‘s ‘Padmavati’ this September. 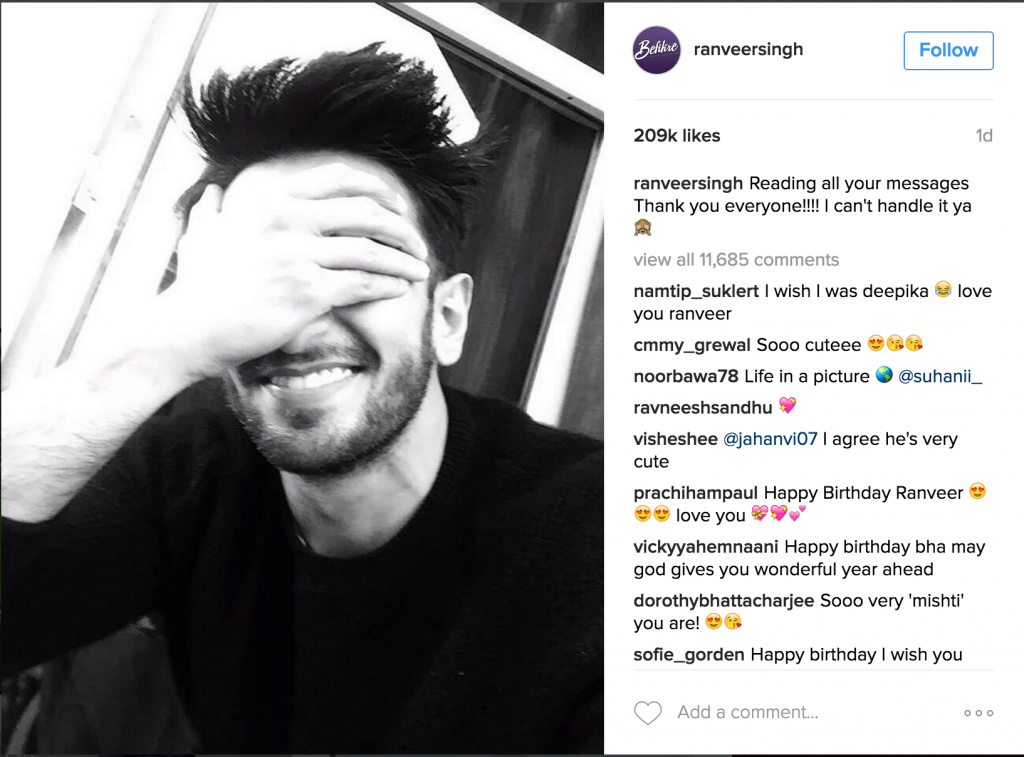 On the note, Deepika Padukone just wrapped up her shoot for her upcoming Hollywood film and is in the process of reading few scripts for Bollywood movies. 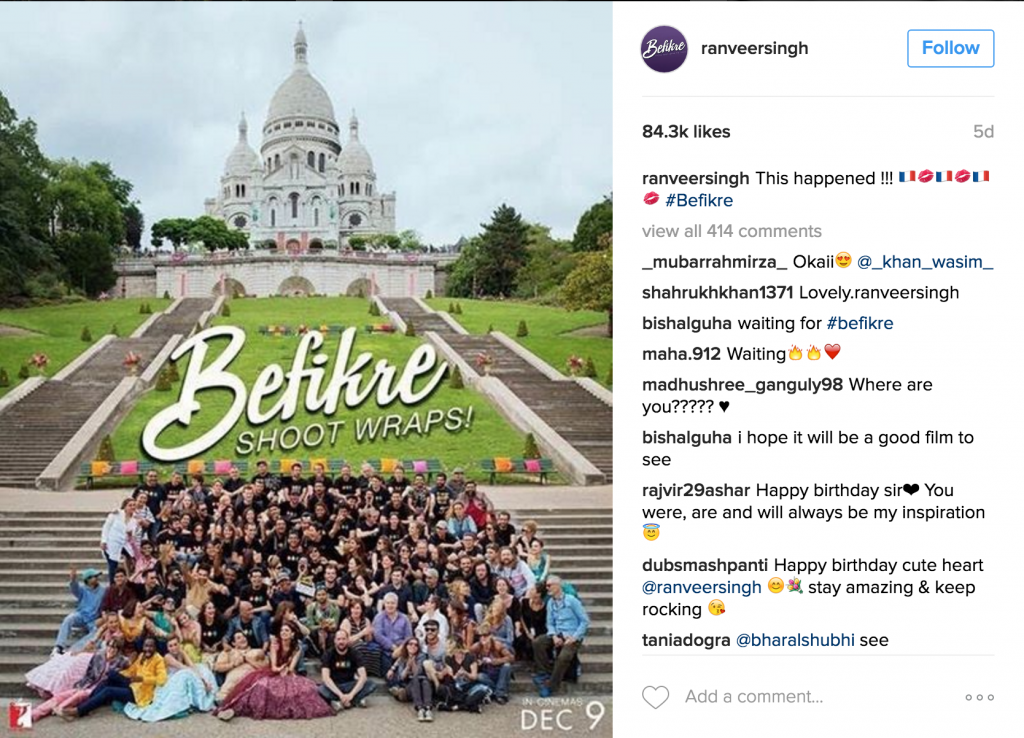