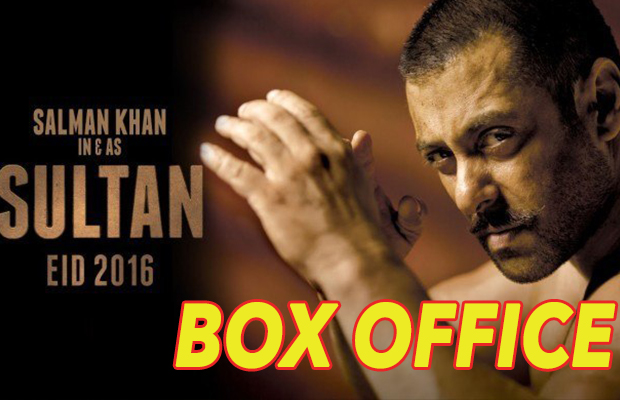 ‘Sultan’ featuring Salman Khan and Anushka Sharma in lead roles was much hyped even before its release. The film was highly awaited by the masses, and the first day collections of the film have been phenomenal. The movie is not just based on wrestling but is in fact also a love story as a whole. Directed by Ali Abbas Zafar, ‘Sultan’ garnered loads of advance bookings.

Bajrangi Bhaijaan star Salman who is credited with blockbusters has yet again broken several records with this release. Salman is seen in the role of a wrestler in the film whereas Anushka is also nailing her tough side. The reviews of the film have been mixed but overall masses have termed this as an entertainer.

After a bumper opening of 70% on day one, the collections are also marvelous. The first-day collection of ‘Sultan’ is Rs. 38 crore net approx. ( 380 million) The film has done an amazing business thanks to its advance bookings and Eid release. Because the movie released on a national holiday, it garnered more audiences at the screens.

The 3pm shows and 6pm shows received fewer watchers as compared to other shows. The film is doing excellent business in East Punjab, West Bengal and UP. With Salman’s envious fan following this kind of opening was very much predicted. It will be interesting to see how many records ‘Sultan’ breaks at the box office. [/tps_footer]