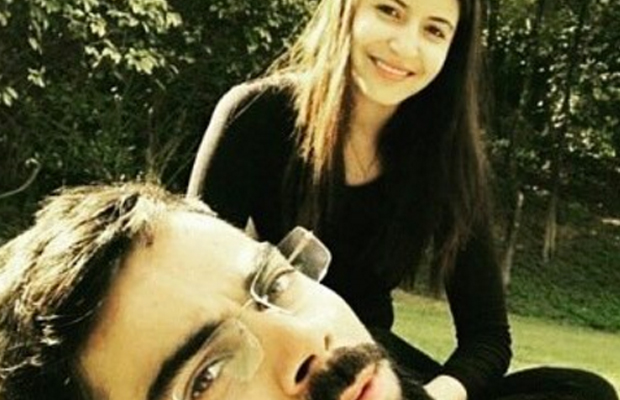 Another cute selfie of Virat Kohli and Anushka Sharma is out!

Now that Valentine’s week is over, the two most favourite lovers of the country, yet not official, Anushka Sharma and Virat Kohli posted few pictures together and they’re exceptionally cute together.

Where on one side the two never comment anything about their relationship, on the other hand they give subtle hints about their bond. Sometimes Virat is seen blowing a kiss to Anushka after his century. After all the criticism thrown on Anushka over Virat’s low scores, they come to India holding hands. They hang out together and go house hunting. What is it then?

Recently, Virat Kohli declared his love for lady Anushka Sharma by taking onto Twitter and writing, “ Everyday is a valentine day if you want it to be. You make everyday seem like one for me. @anushkasharma.”

The post by Virat Kohli went viral within just few minutes. Fans started retweeting and sharing about the two, memes were made about Valentine’s day and what not!

But Virat took onto his social media accounts again and posted yet another pic from the same day and it’s so adorable.

The captain is seen laying on the ground and clicking the picture whereas Anushka is seen smiling sitting behind him. 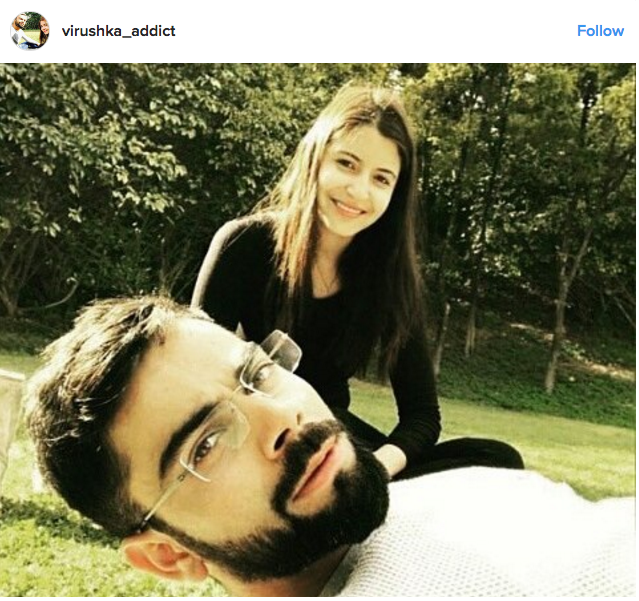 The two look so cute together. Virat looks geeky with his specs and Anushka Sharma looks gorgeous as always.

The two are just tasting success with every move. Virat Kohli who is now the captain of Indian cricket team has made records already with his recent matches and girlfriend Anushka Sharma after the success of Ae Dil Hai Mushkil is now waiting for Phillauri.