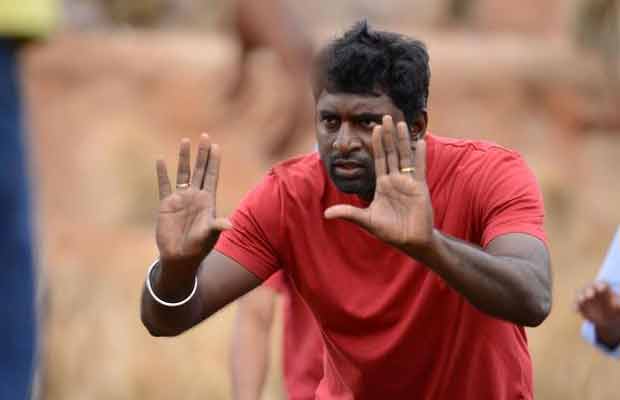 The Real Hero Behind The Mega Blockbuster And The Most Anticipated Movie Baahubali-The Conclusion The Cinematographer, Mr. K.K. Senthil Kumar Speaks Exclusively With BOC

The movie that left the biggest cliffhanger is back with some answers. Baahubali, the movie that is known for amazing visuals and gripping storyline returns to amaze us. The man responsible for creating these beautiful visual, Mr. K.K. Senthil Kumar the Director of Photography speaks to us about his experience.

How was your experience working on such a big budget film?

It is something you can’t describe in words. It has been a great experience; it has been a wonderful journey from learning and unlearning, really fascinating.

What were your thoughts during the first meeting when Rajamouli discussed the idea of Baahubali with you?

It is very challenging when most of the effects are done in post, so how did you man at to get the perfect shot?

When we are doing shots that will have a lot of visual effects, we just don’t shoot the thing first and look at it later, we should all know where we are heading. So finally, we have concepts made, we know what the final image should be and then we work together to achieve them. And decide how we have to shoot and how it syncs well and how the project is going to come. We had almost more than one year of Pre-Production work. Deciding each shot, how we are going to do it and what do we expect out of the shot all these kinds of things.

So after so much of homework more difficult shots can be broken down into small quadrants and periodic and how we have to chip in and everything .so we did for every shot we used to have big discussions with the HODs of all the departments of whose contribution is going to be what in doing that. So much of work happens. It’s not easy but it was like more like deciding the role for each one and how we like to do it. Work toward your contribution something like that.

You have worked on 7 films with Rajamouli.. so was the experience for Baahubali any different?

So that was a challenge. In every film, he gives different challenges to his team and he expects the team to deliver.so in that case the experience was different because his expectations were much higher.

What kind of new creative inputs from your end wills the audience get to see in Baahubali 2?

See you don’t try to do anything new or different, you always do what works for the film.

That is not very too recurrent in the particular shot or film so we did what was best or right for the film. So the things turn out to be different. When it comes to terms like lighting, visualization we have tried to visualize in a grand scale. So obviously it will be a great experience for the audience. Technically speaking some out of the world songs, which are very fantasy and complete imagination kind, so these are all experiences that will really blow your mind.

You have been with each one on the sets for years now, how was working with everyone?

The film was filled with very talented people in every field. You call it Production design, costumes, make-up VFX everyone were masters in their own films. So when you collaborate when such people nobody was completing each other everyone was complimenting each other and the experience of understanding different crafts, see many times you listen to the trailer and the credits that roll but when it comes to working in close proximity together it’s a whole different experience. So this film has taught me s many things about the other crafts,

For me it has always been doing a specialization in Filmmaking or a doctorate in filmmaking.

Lastly, According to you, what would the response be from the audience?

The first time the people will watch the movie they will not understand, they will not know what to see. So for them every time they are going to watch the movie, they will be seeing it again. First time maybe for the story and the second time for observing the grandeur of such a film. Because I don’t think that watching it one time will make you happy, you will feel like watching it again.