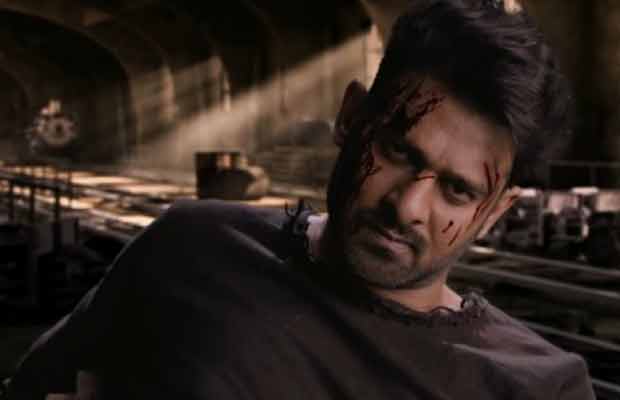 Amidst the excitement of the much anticipated pan-Indian movie Baahubali, Prabhas’ fans have another reason to rejoice. His next action packed trilingual movie Saaho’s teaser is out now and fans will get to watch the same with Baahubali in theaters.

Saaho is an ambitious hi-tech action drama and is Prabhas’ next after the magnum opus Baahubali. The teaser showcases Prabhas in a badass avatar and promises hi-tech visuals.

There is already huge speculation about the concept of the movie and the teaser of Saaho sure proves to be a tease.

Saaho will showcase high-octane action sequences for which the makers are leaving no stone unturned.

The actor who is enjoying his Pan India stardom with Baahubali is all set to boost anticipation of the audience with his next movie. The teaser looks phenomenal and keeps us wanting for more.

Saaho is being shot simultaneously in three different languages Hindi, Tamil and Telugu.

Prabhas’ Saaho is expected to deliver a grand success of scale and size which will set benchmarks for a film in the genre.

Saaho is being produced by Vamsi, Pramod and Vikram of UV Creations. The high octane trilingual will release in 2018